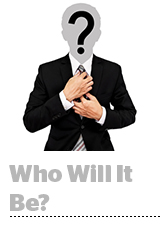 Speculation has swirled for months about who will succeed Martin Sorrell as CEO of WPP, and we may finally have an answer. Mark Read, CEO of Wunderman and co-COO at WPP since Sorrell’s departure, has emerged as the top contender, The Wall Street Journal reports. WPP confirmed that former WPP exec Hamish McLennan, another top pick for the job, is no longer in the running, but said the decision isn’t yet final. WPP was vetting outside executives for the top job, including Oath CEO Tim Armstrong. Choosing Read, a longtime WPP exec who was brought up under Sorrell’s wing, would signal to the company that a major shake-up isn’t around the corner. Read, however, will have a big transformation task ahead of him for the holding company, which has lost 25% of its market value in the past year. “Our business is undergoing structural change, not structural decline, and we have to adapt,” Read said. More.

Verizon has launched a mobile VPN for subscribers who use Android or iOS smartphones that will hide the user’s IP address on public networks and block targeted ads, The Verge reports. The Verizon VPN is called “Safe Wi-Fi” and costs $3.99 per month, which is cheaper than most popular VPN services and could help the company gain adoption with expats, travelers or people from countries like China and Saudi Arabia where mobile VPNs are required. The new product hasn’t launched completely, or at least isn’t available to many iOS users, according to The Verge, but a Verizon spokesperson said publishers might expect some targeted advertising to evaporate if the VPN picks up steam. More.

Many brands want to see more video inventory on Amazon. The platform has scant video inventory across Fire TV, Twitch, live sports and IMDB.com, and not all of it is available in its self-serve platform, Digiday observes. But brands like Lego, who have tested Amazon’s video inventory, are pleased with the results and want to buy more. “Almost every client that we have that has video collateral, especially those in lifestyle and luxury, want more video advertising from Amazon,” said Jordan Taylor, head of marketing at ecommerce management firm Kwontified. More.