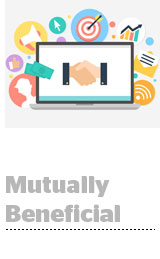 Publishers are learning to love affiliate revenue (including newspapers that formerly viewed affiliate linking as an editorial stain), but none as enthusiastically as BuzzFeed. Posts like “26 Useful Gifts College Grads Will Actually Want” and “19 Subscription Boxes For People Who Don't Want To Grow Up” are produced by a 12-person ecommerce team BuzzFeed hopes will make the company less reliant on digital advertising, reports Jason Del Rey at Recode. BuzzFeed argues that its larger cut (10-25%) relative to other affiliate programs is justified since sellers can avoid costs associated with retail sales. “It’s our hope that as we train this world, we’ll show that developing close relationships with the media world has the same value if not more than driving to retail,” says BuzzFeed commerce chief Ben Kaufman. More.

It’s a problem as old as marketing itself: Marketing execs misallocate budgets based on their own consumer preferences. But digital has exacerbated the problem. “The advertising business is running so fast to keep up with digital platforms that we’re outpacing the market, and creating an echo chamber that warps our perspective on the people we’re trying to reach,” says Danielle DeLauro, SVP of strategic sales at the Video Advertising Bureau. A VAB survey reveals that the younger, more urban and tech-savvy execs at agencies and brands commonly assume Americans watch less TV and more social and streaming video than reports bear out. “The problem with this myopic focus on what’s new and next is that marketers need to sell products today.” More at Broadcasting & Cable.

WPP’s only CEO ever is responsible for transforming a firm originally called Wire and Plastic Products into the marketing services behemoth it is today, but investors are starting to fret about succession plans for the 72-year-old dynamo. WPP Chairman Roberto Quarta told investors that he’s begun vetting options for Sorrell’s successor, but hasn’t discussed retirement with the top boss himself. “I don’t know anybody strong enough to take over from him, and only he knows what’s inside the group,” said Claire Barbaret, an analyst at Invest Securities in Paris. “Martin Sorrell is the king.” More.

In a step away from its namesake, Arianna Huffington, The Huffington Post will now go by HuffPost under its new leadership. The rebrand includes a site overhaul to make room for more impactful ads, like home page videos and sponsored content, while ditching ad units that don’t really work. “We’d have 16 iterations of essentially the same thing except one version would have 10 extra pixels or one pixel more,” said Mark Silverstein, head of business development and monetization at HuffPost. HuffPost will also experiment with new content formats, such as putting stories on page sidebars typically reserved for ads, to decondition banner blindness. The new design will allow the pub to whittle down its list of ad tech vendors to boost site performance. More at WSJ.