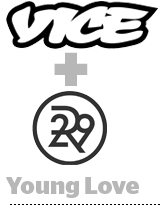 Companies that use a plug-in to display Facebook’s ‘like’ button on their websites are jointly liable for any customer data transferred through the widget under GDPR, the EU’s top court ruled on Monday. The court was looking at the case of Fashion ID, a German online retailer that was found transferring data from site visitors back to Facebook without users’ knowledge or permission, even if those visitors didn’t click the Facebook like button, CNET reports. While the court ruled that companies are not responsible for data after it’s passed to Facebook, they are required to disclose the data-sharing arrangement. Going forward, companies will need to explicitly tell EU consumers when they are sending data to Facebook or any other social platform through a plug-in. More.

The digital media consolidation wave continues. Vice is in talks to buy Refinery29, The Wall Street Journal reports. The deal, which is not yet complete, would bring together two of the buzziest venture-backed digital media companies in the United States. Both Vice and Refinery29 raised hundreds of millions during the boom days of digital media, but have struggled to justify their lofty valuations in recent years as traffic and revenue slipped. Both companies have laid off staff and are looking to diversify revenue beyond advertising. Refinery29 is investing in video shows and a licensing business, while Vice is doubling down on its studio business under CEO Nancy Dubuc. More.

Online advertising has skyrocketed in the past decade, but not every marketer is spending freely. Small business ad spend rates have plateaued, and marketing as a percentage of an average business’s expenses has even gone down, GroupM global president of business intelligence Brian Wieser writes in a blog post. Indeed much of the growth in digital ads has been powered by… digital brands. Facebook, Amazon, Netflix, Google, Booking, eBay, IAC and Uber spent a collective $26 billion on advertising last year. “Many of them are more heavily dependent upon paid advertising than most ‘traditional’ marketers ever will be, with several spending more than half of their revenue on advertising,” according to Wieser. More.