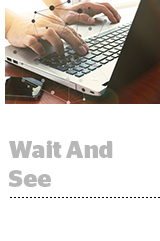 Senator Mark Warner (D-Va.) spoke to Adweek about his views on online data collection and data-driven advertising. He sees European-style regulation as unworkable in the US market. “There are parts of GDPR that I don’t think would be right for our country. I’m going to be anxious to see how that continues to play out,” he says. And while the major advertising and social media platforms are under the spotlight, other DSPs and SSPs could be next. “My hope is that that will be kind of the next wave. … That goes into all of the questions about digital advertising and the manipulation in digital advertising.” More.

Instagram is working on an app dedicated to shopping, where users can browse and purchase products. The app, which may be called IG Shopping, is still in development and may not be released, reports The Verge. It would put Facebook in closer competition with companies like Shopify or Magento, which Adobe acquired in May for $1.68 billion, as Facebook develops ecommerce merchant tech. It would also be a shot across the bow at Pinterest, which is saturated with shopping intent. Instagram has steadily expanded its app portfolio in the past year, with the new messaging app Direct launching last December and IGTV debuting in June. More.

Nike took a big risk when it made NFL quarterback Colin Kaepernick the face of its 30th anniversary “Just Do It” campaign. Will it pay off? Nike has gotten earned media attention to the tune of 5.2 million social mentions in the past three days, according to social analytics firm Talkwalker. But not all mentions are positive. Some people are burning their Nike shoes or ripping the swoosh logo from their clothing. “Although the company’s stand may go down well on its native West Coast, it will be far less welcome in many other locations,” Neil Saunders, managing director of GlobalData Retail, wrote in a research note. While NFL players kneeling during the national anthem certainly is a divisive issue, Kaepernick’s supporters skew younger and are a coveted audience for every apparel brand, The Wall Street Journal reports. And it’s unlikely Nike jumped into a minefield without research to support its decision. “It must have been their calculus that swoosh-burning would solidify the brand with its core consumer,” Dan Hill, the founder and CEO of Hill Impact, told Business Insider. More.