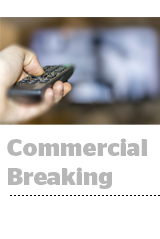 Amazon is giving marketers buying its Sponsored Brand Ads on its platform more insight into the consumers purchasing their products. Amazon released metrics this month that allow marketers to see how many Amazon purchases were made by people who had never purchased the brand on the platform before and the cost of capturing new customers, Digiday reports. The metrics were released in response to advertisers wanting more insight into Amazon’s use as a branding platform rather than just a performance play to drive sales. “If Amazon is effectively a search engine for retail, we want to be looking at higher-funnel metrics, and this is a great beginning of an answer by Amazon to say that ‘we appreciate that sales exist beyond 14 days, that we’re not just a point-of-sale place but we’re actually teaching people about brands and making them aware,’” said David Hutchinson, iProspect’s national director of paid platform merchandising. More.

A tweak proposed by the developers of Chromium, Google’s open-source code base for the Chrome browser, could derail some of the web’s more aggressive ad blockers. Chrome may use a more restrictive API call so that browser extensions that heavily analyze and modify content on site pages can’t interfere in real time. The new Chromium protocol mirrors the content-blocking formula used by Adblock Plus and AdBlock, which are ad blockers in the Acceptable Ads whitelisting program that allow advertisers to reach ad-blocker users, according to Raymond Hill, developer of uBlock, which takes a no-compromise stance on blocking ads. As a result, Adblock Plus and AdBlock would still function. The change accompanies Google’s tentative foray into ad blocking; its Chrome browser will begin enforcing bans on certain ad formats this year. Android Police has more.

Hulu will drop the price of its basic ad-supported subscription plan from $7.99 per month to $5.99, two weeks after Netflix raised its price by $2 per month. Hulu’s premium ad-free subscription is priced similarly to Netflix’s, but the challenge of ad-free streaming (i.e. producing content without selling ads) is “creating enough of a cost divide that consumers might find its commercials easier to put up with,” The Verge writes. Hulu’s Live TV skinny bundle raised its rate to $44.99 a month after adding Discovery channels, so in general the divide between ad-supported and ad-free content costs is becoming a chasm. Disney recently reported losses of about $1 billion from Hulu and its streaming technology products last year, so Hulu is also looking to boost subscribers however it can. Industry observers will be keeping a close eye on Hulu’s prices and revenue, which will be the bellwether for media players and marketers considering whether ad-free video content can win market share from ad-free options such as Netflix, Amazon Prime and HBO. More.