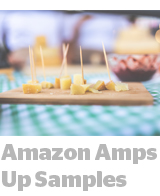 The success of Popeyes’ recent chicken sandwich launch, which started with a runaway viral Twitter thread, manifested itself in the form of a 10.2% sales boost in its restaurants. The company let that social media wave ride out organically, pulling the planned TV budget that was originally going to be the backbone of the campaign. When Popeye’s was ready to promote the return of the much-vaunted chicken sandwich in October, it jettisoned TV again, and threw its budget into digital, social, print and OOH, and put a bigger overall focus on earned media. “It was all to drive talkability on social and get coverage through PR,” Fernando Machado, global CMO for Burger King and Popeyes, told The Wall Street Journal. “Normally we do a lot of TV, a little bit of digital and really push on launch – here we have the most successful product launch since I started here six years ago, and it involved zero TV advertising.” More.

SVOD pubs? Why not. Publishers, including The New York Times, Barstool Sports and Architectural Digest, are experimenting with producing shows that live behind a paywall. The idea is to create a sweetener to attract and retain subscribers. If a series captures the attention of a subscriber, that person may be less likely to churn. The strategy appears to be working. Architectural Digest partnered with an outside production firm to produce a paywalled short form show it projects will attract 15,000 subscribers. While that might not sound like a lot of people, Keith Pollock, AD’s executive digital director, told Digiday that he can “definitely attribute subscriber growth” to the series. But there’s no guarantee that if you shoot it, they will come (or stay), which makes it hard to justify producing a program for a limited audience, particularly if streaming platforms, such as Netflix or Hulu, want to pony up to license the content. More.

ByteDance, the Chinese enterprise that owns ultra hot app TikTok and is valued at $75 billion, is looking for a $2 billion infusion from banks, according to The Information. ByteDance hopes to seize its tremendous opportunity for global expansion – the app has already been downloaded 1.5 billion times globally. But it still faces stiff competition from established US social media sites, such as Facebook and, to a lesser extent, Snapchat. Despite TikTok’s popularity, it also faces scrutiny in Western markets that it bends too much to the Chinese government’s influence. Another wrinkle: ByteDance’s last equity round of $3 billion happened only last year, and it’s currently hunting for cash during a time when investors are particularly cautious of startups, considering Uber’s disappointing stock performance and WeWork’s self-destruction. More.

No Such Thing As Free

Amazon will shut down a free sample service it’s been testing this year, Business Insider reports. The idea for the soon-to-be-defunct product was that CPGs could pay to include free products – the sort of gratis samples you might see in a real-world grocery store – as part of deliveries based on predictive analytics. CPG brands are Amazon’s biggest advertiser vertical. Those that tested the free sample service didn’t have to shell out much to participate, according to one Amazon agency exec, who said the minimum for the program was $50,000 for 25,000 samples. Consumers mostly liked it, although some were put off by uncanny connections, such as when they would receive samples of products they regularly buy in stores, but not on Amazon. Another concern on Amazon’s side may have been the opportunity for conquesting. Say a coffee, snack or makeup brand advertises with Amazon and also has success signing up monthly subscription renewals. Might Amazon sneak a rival brand’s free sample into the delivery? Amazon has embraced conquest advertising on its platform and with its own private brands, although it’s had to chart a very careful course. More.