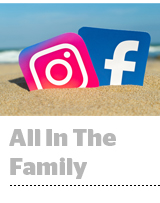 News Corp is launching a news aggregation service called Knewz.com with the intention of highlighting smaller outlets that often get passed over by Google and Facebook. The service, expected to launch on desktop and mobile later this year, will link directly to news sites that feature original reporting, as opposed to quick takes on already reported news. News Corp, a longtime critic of Google and Facebook, will not take a cut of the ad revenue generated from stories on the platform and will share data with publishers, The Wall Street Journal reports. The company is bringing on NBC News and Fox News vet Noah Kotch to run the project. “We are exploring this with the goal of recognizing and rewarding the provenance of journalism, and to drive traffic and data to publishers – including subscription sites – so their original work is respected,” a spokesperson said. More.

Instagram went from $1 billion in revenue in 2016 to clearing $10 billion in 2018. But there’s been trouble in paradise, as some core Facebook executives worry Instagram might cannibalize its audience. And considering how Facebook directed traffic to Instagram in the early days of the acquisition, now some core Facebook employees want Instagram to return the favor, The Information reports. The new order of the day is integration. Facebook is putting its branding on Instagram and WhatsApp, and executives from the latter two are now getting “facebook.com” email domains. Facebook has already nearly overhauled Instagram management, installing longtime Facebook execs to replace them, and in the past year Instagram has roughly doubled the number of ads users see in its feed, at its parent company’s behest. More.

The ‘Me’ In Media

Everyone in America badmouths social media, but that hasn’t done much to dent user numbers or overall engagement. So why don’t more people put their time and money where their mouth is, and launch social media alternatives? The opportunity isn’t for a service that pitches itself as Facebook with privacy, but to focus on building smaller, tightly connected networks, said Darius Kazemi, a programmer who built a smaller social network called Friend Camp, that’s supported by user contributions from the donation platform Patreon. So, who is a platform like this for? “I think it’s people who want to have a community with no targeted advertisements or algorithms that you don’t control,” Kazemi tells Marketplace. “The thing is, I’m OK with algorithms and controlling your social media feed if you control the algorithm. But when you’re on sites like Facebook and Twitter, you don’t control it, the companies do.” More.