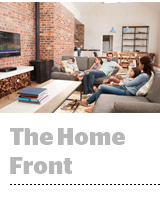 CBS will be without Nielsen ratings after failing to renew a contract that expired on Monday. The dispute began six months ago over pricing, with CBS, which spent $100 million with Nielsen last year, demanding fairer terms and arguing that the metrics provider hasn’t done enough to measure across platforms. Nielsen claims the contract delay could cost the network $500 million in near-term revenue, but CBS counters it could save $120 million and that it can fill in the gaps by working with Comscore and using internal data, reports Adweek. Some are skeptical. “It remains a commercial near-impossibility for any station group to go without Nielsen’s data in major markets for more than a short period of time, as their ability to negotiate and capture market share from advertisers would be severely hampered if they do so,” says Pivotal analyst Brian Wieser. More.

Google, Amazon and Facebook spent a collective $427 million on TV ads in 2018 to promote their respective smart home devices. Amazon spent the most over the year but Facebook was the most aggressive during the holidays, dropping $131 million on commercials in December, more than Amazon and Google combined, after the launch of its Portal video device, according to data from iSpot.tv. “There's nobody that they are not targeting with these devices – they want to build awareness and trust, so that's why we're seeing such high TV numbers," eMarketer analyst Victoria Petrock tells Business Insider. More. But Facebook hasn’t just ramped up TV spend. Although Facebook’s search ad budget isn’t readily available like the number of TV commercials is, there’s evidence that the social media company did spend big bucks to get itself in front of consumers considering Alexa and Google Home devices.

All Dressed Up, No Place To Go

The Federal Communications Commission will close its doors as part of the broader government shutdown that began in late December 2018, just one day after getting back to full fighting power. On Wednesday night, the Senate voted to confirm Democrat Geoffrey Starks and Republican Brendan Carr as commissioners of the regulatory body, which had been operating without its full complement since Democrat Mignon Clyburn resigned in April 2018. The FCC, which has been staunchly conservative since Ajit Pai was appointed chairman in 2016, is currently reviewing important mega-mergers like the potential marriage between T-Mobile and Sprint. Deadline has more.