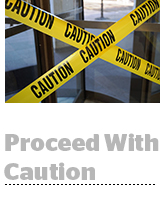 More than a year after the YouTube scandal that catapulted brand safety to public attention, the issue remains a stubborn thorn in the side of online advertising. Hundreds of websites with objectionable content or political propaganda attract mainstream brands via Google, Facebook and other ad networks, according to a report by The Washington Post. Often, advertisers don’t know how to control or understand the algorithms that place their ads across the web. The fundamental economics of the internet rewards sensational (and potentially false) headlines because they generate more clicks, which, in turn, funnels more ads their way. “There is a big business in generating highly partisan news,” says Matt Rivitz, founder of activist group Sleeping Giants. “There’s a profit in outrage and clicks and dividing people, and the ad networks have let this happen and continue to let this happen.” More.

Sens. Edward Markey (D-MA) and Richard Blumenthal (D-CT) sent a letter to the FTC Wednesday expressing concern about apps that improperly collect personal data from children. The senators asked the FTC to examine whether such apps are violating the Children’s Online Privacy Protection Act (COPPA), which legally requires children under 13 to obtain verifiable permission from a parent for personal data collection. The letter also urges regulators to investigate how app stores like Google Play categorize “child-friendly” apps and ensure they comply with COPPA. Berkeley researchers published a report earlier this year documenting thousands of children’s apps that share data with third-party tech companies or data resellers in ways that could violate COPPA. “It’s clear that many companies are violating that law and that we need to put a spotlight on it and ensure that that type of activity is stopped cold,” Sen. Markey told The New York Times. More.

Spotify will integrate podcast feeds and offer insights to podcasters. “This will easily make [podcasts] available to our audience of more than 180 million listeners around the world, and allow podcasters to see daily stats about who is listening and from where,” according to a blog post. The idea is for Spotify to be a podcast destination, similar to Apple or Google. But unlike Apple or Google, which take a hefty cut of subscription and ad revenue in podcasts, for Spotify the value comes from the additional content for users and consolidating more audio consumption in its app. Podcasters won’t be able to upload and sell episodes on Spotify like they could on iTunes or the Play Store, but it will offer valuable analytics, like audience data pertaining to where in an episode people drop off and whether an ad was listened to. That missing data has been a sticking point for brands considering podcast buys, and could make Spotify a key partner, even if ads or episodes aren’t being sold via its platform.