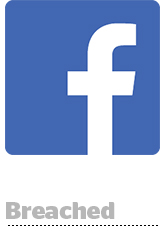 Hand Over The Keys

Facebook has confirmed that last week’s hack affecting 50 million accounts did not extend to third-party apps using the Facebook login, The Wall Street Journal reports. “We have now analyzed our logs for all third-party apps installed or logged during the attack we discovered last week,” Facebook said in a statement. “That investigation has so far found no evidence that the attackers accessed any apps using Facebook Login.” The incident, in which hackers accessed digital keys that keep users logged into Facebook, is the largest breach in the platform’s history. It raises concerns about Facebook’s ability to protect user logins for third-party apps like Spotify and Tinder. As New York Times columnist Farhad Manjoo puts it: “This is a classic you-had-one-job situation.” More. Adweek has a counterpoint: For brands, the breach “barely registers.” Read that.

Top consumer product companies are juggling how to approach influencer marketing. Unilever no longer pays influencers based on follower count, CMO Keith Weed said at the Cannes festival earlier this summer, and Procter & Gamble made a similar revision. Brands don’t want to get hoodwinked by bot followers and social media account gimmicks, but influencer marketing is not going away. Johnson & Johnson has found success by corralling unknown influencers and then relying more on paid media boosts than follower counts to reach a scaled audience. “The point where we knew we were doing the right thing was when we were putting paid media in the marketplace, interrupting someone’s feed with a paid post. That’s normally where you see a lot of comments, usually ‘I want to stop seeing this ad,’” Simon Geraghty, J&J’s portfolio lead for US acne business, tells Ad Age. “But this time most of our responses were ‘Who is this person? How do I learn more about them?'” More.

The travel booking app Hopper announced a $100 million Series D round led by OMERS Ventures, a large Canadian pension fund, bringing its total funding to $183 million. Read the release. Hopper has carved a niche in the hypercompetitive travel search market by moving up the funnel before someone hits a search engine or travel page. “Booking.com, Priceline and Expedia spend billions of dollars on Google every year – they spend our annual marketing budget roughly every two hours,” Hopper’s head of user acquisition Simon Lejeune told AdExchanger earlier this year. OMERS is also becoming a bigger player in search and ad tech, following a $10 million investment in the privacy-first search engine DuckDuckGo in August.