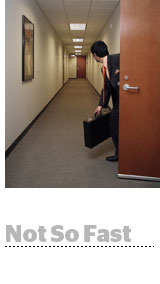 Supply-side companies have taken heat lately over nontransparent fees, but demand-side platforms (DSPs) aren’t off the hook either. DSPs squeeze ad buyers on extra fees in three ways: by defining their own clearing price, marking up additional audience segments and arbitraging inventory. As with previous brand and ad agency trust issues that have blighted programmatic buying, DSPs are able to work in fees because of unclear contractual language and nondisclosure agreements around pricing. “The complexity and lack of stringent controls and technical understanding allows for a greater leeway for many vendors to take as much as they can, far and above what they state,” one ad tech exec told Digiday.

When One Is Better Than Two

Amazon received a US patent in 1999 on its one-click shopping product, which stores payment info and delivery preferences to offer a true buy-now button to return shoppers. That patent – which Amazon successfully used to shut down Barnes & Noble’s one-click button – expires in September. “It’s been a drag on innovation and conversion rates across the web now for almost two decades,” writes Distilled CEO Will Critchlow. Apple has one-click buying, but it pays an undisclosed (and likely lucrative) licensing fee for the privilege. “If you have an ecommerce site, you should be preparing for the single-click world where many customers will likely come to expect ‘frictionless transactions’ everywhere including mobile applications,” wrote intellectual property attorney Richard Mescher at a legal news site earlier this year.

You Are What You Eat

The British supermarket chain Sainsbury’s is revamping its recruitment ads and outreach to better compete with the likes of Google, Facebook and Amazon. “Tech people tend to think those three are the most exciting places to work, but Sainsbury’s has so much more data facets to its business – from shoppers and farms to Argos – and that makes us far more interesting to work for,” the company’s chief data officer said at the DataIQ Summit in London on Wednesday. Aside from needing a strong data foundation for its own advertising and operations, Amazon and Google are making a major push into grocery shopping and food delivery. More at Marketing Week.

Google is turning its attention to photo uploads, specifically on its cloud-based Google Photos app, which now has 500 million monthly active users uploading 1.5 billion pictures per day. Why double down on a free product? To keep users inside its walled garden, enrich the data within those walls and feed it back to a robust AI platform that powers its entire ecosystem. “Even if Google doesn’t make any money directly from something that it offers, it’s still gathering data,” said Pedro Domingos, a University of Washington computer science professor. “Increasingly these days, what people perceive at companies is that data is one of your biggest assets.” Photos is also part of Google’s back door into a social world dominated by visual sharing platforms like Snapchat, Instagram and Facebook. More at The Ringer.