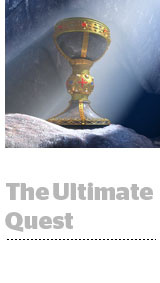 Facebook is running into roadblocks on its quest for TV ad dollars, writes Mike Shields for Business Insider. Unlike Google and Amazon, who are either licensing programming or selling subscription over-the-top (OTT) services to gain TV market share, Facebook wants to use its tech and data to sell TV networks’ OTT inventory. The strategy is less expensive for Facebook but isn’t really gaining traction, given TV networks’ general suspicion of Facebook as part of a digital advertising duopoly. Despite a small pilot test with partners including Roku, A+E Networks and Tubi TV launched two years ago, Facebook’s TV business is “more noise than action,” a TV ad buyer said. “It’s a recipe for that behemoth to control too much data,” added Tracey Scheppach, CEO of consultancy Matter More Media. More.

The Beauty Of Boring

Google I/O was bland this year, according to Ben Thompson at Stratechery, as there was “no grand statement of vision, no mind-bending re-framing of how to think about the broader tech ecosystem.” But that isn’t necessarily a bad thing. Google doesn’t have to stake out bold territory, like when it insisted Android could take on the iPhone, or do big product reveals. One good example is Google Photos, a two-year-old product that’s seemingly taken over the category with 500 million users uploading more than a billion photos per day. “Much like search, Photos gets better the more data it gets, creating a virtuous cycle,” Thompson writes. For instance, Google’s image recognition and visual-search AI will outcompete others because of the raw volume it can learn from and optimize against. “It is already hard to see other photo applications catching up.” More.

Twitter updated its privacy policy to extend how long it holds user off-platform browsing data from 10 days to 30 days. Twitter will use the data, which it can glean from any third-party website plugged into its API, to improve ads personalization on the platform. The update, which users can opt out of, will also let Twitter aggregate user interests based on platform behavior to optimize content served in-feed. Twitter will also show users interest categories created by its advertisers based on their own data collection on the platform, as well as the targeting segments advertisers group them in based on those interests. “Twitter wants users to know why they are being targeted for certain ads or content so that they can correct the record,” writes Kurt Wagner for Recode. More.

The EU fined Facebook 110 million euros ($122 million) for providing regulators with “misleading information” during the company’s 2014 takeover of the messaging service WhatsApp. At the time, Facebook promised it couldn’t automate matching between Facebook accounts and WhatsApp accounts. In 2016, Facebook changed its WhatsApp terms of service to “coordinate more with Facebook” to track users and metrics, including linking accounts via phone numbers. More at CNBC.