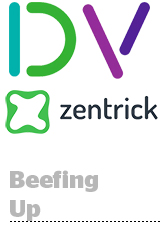 DoubleVerify announced it acquired Zentrick, an online video middleware technology. Zentrick focuses on solving for “breakage,” when an ad fails to load or report properly due to failures in the video delivery process. It’s a headache for companies on both sides of the ad exchange, and is a particularly keen problem in emerging markets like in-app mobile video and connected TV, DoubleVerify CEO Wayne Gattinella tells MediaPost. The addition of Zentrick’s tech gives DoubleVerify “a universally deployed video blocking and measurement tag,” he says. (Ahem … except for YouTube) More.

Speaking on the Recode Media podcast, CEO Randall Stephenson described AT&T’s ambition to offer a TV bundle that can compete with the likes of Netflix. The plan requires major new investments in HBO and other WarnerMedia assets. “I’m convinced that as you go three, four years out, every household will have at least one, two, three video on demand subscriptions. ... A Netflix, a Hulu, a Disney. Do we think our library and service is so compelling that we will be one of those that’s in virtually every household? We actually do.” The interview gives a sense of how AT&T plans to get there, including through legal sports betting. Read the transcript. Interestingly, there’s no mention here of Xandr or advertising.

TikTok, the Chinese mobile video app with 40 million active users in the United States, is launching a programmatic ad platform, Adweek reports. The app, which allows users to upload short videos set to music and respond to their peers’ videos, is wildly popular with an audience US advertisers are eager to understand but have trouble reaching: Gen Z internationals. Advertisers also like TikTok’s ad units, which include mobile video and Snapchat-style lenses. And while TikTok’s audience is nowhere near as scaled as Google or Facebook, “we always like to get into those emerging platforms where there’s a really engaged audience,” said Jenny Lang, SVP of integrated investment at UM. More.

Two companies that aim to aggregate quality news off of social media platforms, Scroll and Nuzzel, are joining forces. Scroll, which is an invite-only, ad-free platform, acquired Nuzzel Thursday and will operate the company as an independent platform. Scroll will also remove ads from Nuzzel’s newsletters, as it “is not in the ad business so it would be weird for us to include ads in Nuzzel,” the company said in a blog post. Read it. Platforms like Scroll and Nuzzel are gaining popularity as consumers struggle to seek out high quality news in their social feeds and publishers are in need of new sustainable revenue models. TechCrunch has more.

Despite a clampdown on racial targeting, Facebook has continued to let some unwanted ads slip through. The LA Times purchased ads on Facebook targeted to hundreds of thousands of users interested in major Holocaust figures and neo-Nazi bands, which were seen by 4,153 over 24 hours, despite costing just $25. Per usual, Facebook apologized and promised more oversight while advocates bemoaned the elusiveness of watertight enforcement. “What you’re describing, where a clear, hateful idea or narrative can be amplified to reach more people, is exactly what they said they don’t want to do and what they need to be held accountable for,” said Oren Segal, director of the Anti-Defamation League’s extremism center. More.