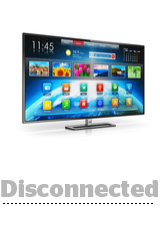 Agency buyers are facing roadblocks in buying connected TV inventory programmatically. While agencies are buying more CTV than in years past, they still face issues around pricing, inventory availability and targeting, Digiday reports. CTV ads are often cheaper when bought directly from publishers, who prefer to receive a minimum spend commitment and offer bundled inventory across platforms at a discounted CPM. Because networks still prioritize direct deals, CTV inventory sold programmatically is often remnant. And the amount of CTV inventory fluctuates wildly network by network and depending on the day. Advertisers can get around some of these limitations by setting up private marketplace deals, but there isn’t always enough inventory available to make targeting on CTV worthwhile. “Clients always really want to go after niche audiences, and that’s not always scalable, especially in the CTV space,” said Nadalie Dias, senior director of digital activation at Hearts & Science. More.

Nestlé and Disney pulled spend from YouTube after discovering that their ads were running against content favored by pedophiles. Videos of young girls playing or doing gymnastics attracted commenters who made explicit remarks or shared timestamps of sexually suggestive moments in the video. Once a viewer watched a couple of videos, YouTube’s recommendation bar suggested many more videos that appealed to a pedophile’s taste. One problem: Brand safety filters often don’t take into account comments to grade posts, since including commenting trolls would flag many more YouTube videos. A vlogger posted about the ring Sunday (on YouTube, where it’s racked up 1.7 million views), followed by Bloomberg and Wired UK today.

The value of so-called “second-party data” has always been marginal compared to a brand’s first-party data and third-party data, the kind that’s aggregated and anonymized. But regulations like the GDPR and California’s privacy law have put the squeeze on third parties, and many brands don’t have enough first-party data to move the needle for digital marketing. The result has been an increased use of second-party data marketplaces where brands and publishers commingle and sell their own data directly. Lotame has seen 460% growth in membership for its second-party data marketplace in the past year, Adweek reports. More. Companies like Salesforce, LiveRamp and ownerIQ have also grown second-party data businesses in recent years, driven in large part by brick-and-mortar businesses that can help brands target and measure known customers.

Hulu has been testing interactive ads so that viewers can request product discounts or information. The new feature also allows actions such as scheduling a vehicle test drive or subscribing to a newsletter. Hulu is releasing the product with BrightLine, an OTT and smart TV advertising company, and mattress and bedding brand Sleep Number. “The adoption curve for people transacting and buying through digital mechanisms is only going to go up,” Hulu SVP of ad sales Peter Naylor tells Variety. “We continue to train the audience that spots are going to be interactive.” More.