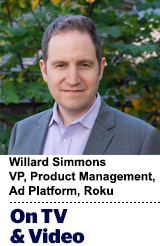 A mentor of mine used to say, “Money flows to certainty and flows away from uncertainty.” The reach and effectiveness of TV streaming is certain: The sight, sound and motion available to communicate to people watching TV streaming attracts investment. However, the uncertainty introduced by fraudsters has made some buyers hesitant.

As brands reallocate budgets into TV streaming, fraudsters have followed the money. This fraud problem, and its heavy-handed manual solution, introduces two problems. It is adding friction to the growth of the TV streaming ad market and making it harder for smaller companies to participate in the growth of the market.

We are at a critical point as an industry, and together we need to collaborate to fill the void of standards and tools that fight fraud automatically.

The downside of this approach is that a scaled business involving only direct insertion orders and numerous PMP deals requires an enormous amount of manual effort per deal. Furthermore, the manual effort is so large that it encourages the consolidation of the TV streaming ecosystem into a small number of companies to achieve good economics. Besides, buying direct without the benefits of the optimization available in a demand-side platform may not result in the best performance or cost per unique reach.

Aside from keeping money out of the hands of bad actors, a safe, open marketplace with automated protections in place will improve efficiency in the ecosystem and ultimately level the playing field for innovative smaller companies to compete with larger, more established ones. This is a win for consumers, marketers and publishers. It will also result in TV streaming growing even faster than it has been.

The case for fighting fraud automatically

Today, ad fraud in the TV streaming space is fought by direct insertion orders with known sellers or PMP programmatic deals via direct relationships. These negotiations are a safe way to buy and sell TV streaming inventory but also tedious and time-consuming, requiring dedicated teams. As a result, the number of companies that can succeed in this market is limited, hindering the explosive growth potential of TV streaming.

The standardization and automation of combating ad fraud

Better automation is needed to expand the growth of TV streaming and make open-market programmatic safely accessible to all that ensures fraudsters can’t edge their way into the supply chain. A layered approach forms a solid foundation for fraud prevention – here are the shared principles that need to be adopted:

Verifying authorization to sell: The IAB Tech Lab’s ads.txt standard has been wildly successful in wiping out the most basic and flagrant types of ad fraud. Recently, the working group updated the app-ads.txt standard to describe the complex inventory sharing agreements between TV streaming apps. Without this update, app-ads.txt was nearly impossible to use for TV streaming. The update, in combination with the precise use of standardized bundle IDs, allows buyers and sellers to weed out the most flagrant and straightforward forms of TV streaming ad fraud. At Roku, we have made the use of app-ads.txt mandatory for ad-supported channels in the Roku Channel store as of April 1, 2021.

Verifying the origin of stitched TV streaming ad traffic: The top current source of ad fraud in TV streaming is fake ad stitcher traffic selling fake ad impressions. These fake impressions are generated from cloud servers impersonating real streaming devices running authentic streaming operating systems. This type of fraud threat is mitigated by adopting the IAB Tech Lab’s ads.cert 2.0 proposal to ensure that server-to-server communication from streaming ad stitchers in the ad tech supply chain are identifiable. Furthermore, the use of this new standard can be extended beyond ad stitchers to every server-to-server message. If implemented fully, fraudsters won’t have a way to inject their fake traffic.

Verifying the authenticity of the TV streaming device: Device operating system (OS) manufacturers need to provide a device attestation method that provides assurance that ad impressions are running on an authentic device. This can be done in a privacy-safe way by adding cryptographically signed headers to ad tracking beacons and ad requests that can only be generated by the device OS itself. By adding a signature component that can only be produced by a particular device, buyers can be sure that they bought an authentic impression.

By adopting this layered approach, both sellers and buyers are protected.

The industry needs to work together to implement anti-fraud tools and reduce friction. Manual methods requiring hand-verified insertion I/Os and private marketplace deals are not a long-term solution. With the layers of protection in this article, we can provide effective and automated protection against TV streaming ad fraud. Universal adoption of these standards will unlock more liquidity in the market, leading to more growth for all parties.