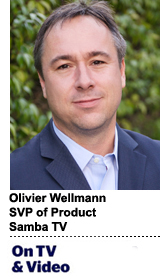 The appeal of dynamic ad insertion (DAI) on addressable linear TV is its personalization capability. With DAI, two households right next door to each other can watch the same live broadcast but see a different ad because those households fall into two separate audience buckets.

DAI happens on the device, because the live stream can only be stitched with a new, targeted ad on the TV itself. This is different from what’s currently possible in OTT, which allows for server-side stitching but does not work for live over-the-air broadcast streams.

But DAI is still without an impartial, easily-adopted standard for ad buyers, sellers and manufacturers to adhere to. For DAI to take off, the industry needs both consistent techniques and speed of adoption.

Industry groups, such as Hybrid Broadcast Broadband TV and Digital Video Broadcasting in Europe and Asia and the Advanced Television Systems Committee and the newly created Open Addressable Ready in the United States, are all advancing toward creating and releasing a standard.

The DAI standard must enable seamless video switching, ideally without any black frames, and video signaling that is adopted by the TV manufacturers so the solution can fetch the addressable ad to substitute in the live TV stream.

The audience measurement and personalization engine interfaces of the solution also must gain adoption so advertisers can target and measure the success of the ad substitution. These key building blocks are required for commercial success.

But there are nuances to any standard that have major implications. For the format to be successful and bridge the gap between historic broadcast linear TV and the digital future, the standard must be applied at the equipment manufacturer level. And the deployment of the solution with TV manufacturers must reach significant scale to bring commercial value to the television industry.

This is because addressability is about breaking down the audience into smaller parts that are more interested in the message, depending on their behaviors and interests; ads for theme park vacations for families, for example, make little sense for households of single people.

Advertisers need scale to break down the larger population and deliver the right message to the right audiences. This kind of scale is impossible to achieve via individual manufacturers. Even the largest international TV manufacturers don’t have enough volume on their own to satisfy this need.

If a standard isn’t applied across all smart TV manufacturers around the world – from Samsung to LG and Sony, right down the line – advertisers would have to piece together a patchwork solution using different formats to ensure ads are deliverable on different TV sets. That would be a nightmare, turning off advertisers and eliminating any potential revenue boost for media sellers.

This standard also must include privacy at its core. Any standard must come with an easily-accessible and transparent privacy hub, where consumers have full control over how their data is gathered and shared, with an easy mechanism for opting in or out.

Of course, with any new ad format, there is competition for what becomes the standard. As a result, there are proprietary DAI standards in development. But proprietary standards create issues with who wants to pay for them and can create the same scale issue we just described.

A proprietary standard works against the nature of the market because it becomes much more challenging to get competing brands to adopt the same interface and technology. If half of the smart TV manufacturers use one standard, 30% use a different proprietary solution, and the remaining 20% use a third, advertisers still have to work harder to piece together scale. Again, both ad buyers and sellers would lose out on this model.

The real need for a standard is the fact that addressable linear TV’s appeal may never be greater than it is right now. We know that digital OTT will take over TV in the near future. The question is when it reaches a tipping point above 50% of all households. It could be in two years or five. It may happen in the United States well before it happens internationally. But once that tipping occurs, addressable linear TV becomes slightly less important.

Knowing this, media sellers should be the most hungry for a widely adopted standard. If advertisers can’t get the scale they need for successful addressable campaigns, ad dollars will simply flow to digital channels as advertisers wait for OTT to become the dominant delivery channel.