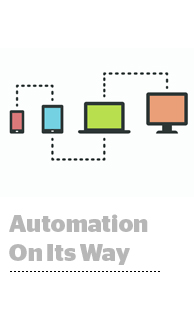 Automation is coming to the upfronts, slowly but surely.

What’s been the holdup?

Healthy skepticism and reticence to change, more than anything else, according to Jay Prasad, chief strategy and business officer at VideoAmp.

The video ad startup has recently partnered with a slate of programmers and OTT distributors, including A&E Networks, AMC Networks, Tubi TV and Sony Crackle. These companies are integrating VideoAmp’s planning software and data solutions in advance of the upfronts and NewFronts in May and the scatter markets in the fall.

VideoAmp is also negotiating a similar setup with 20 other supply-side providers. And it’s entering the second year of its partnership with Omnicom Media Group to power OMNI, the holding company’s platform for cross-screen planning and measurement.

Rather than pushing for more inventory to change hands programmatically, the idea here is to integrate as much cross-screen inventory as possible, including linear, digital video and OTT, along with campaign exposure data to help brands invest against business outcomes.

“The shift to advanced targeting in linear at scale still meets friction considering benchmarks have been established against GRPs and demo measurement,” said Jason DeMarco, VP of programmatic and audience solutions at A&E Networks.

The fact is, unified TV planning and buying is “still a rarity,” said Jonathan Steuer, chief research officer at Omnicom Media Group. “The next step is connecting the existing components together: data-driven planning tools, buy- and sell-side inventory management systems and cross-platform measurement,” he said.

Automation has been slow because TV sellers are wary of “ceding an advantage to somebody else,” Prasad said. But programmers no longer have the luxury of waiting around. Advertisers want to plan across screens, tap into TV viewership data from set-top boxes and measure against conversions, store visits and sales lift.

“What choice does the market have other than to become more data-driven and accountable?” Prasad said. “TV will continue to lose budget to the big digital players that are coming to TV, so planning and measurement really have to be treated holistically.”

Rather than being treated either as an afterthought or as something separate, “OTT properties can now be viewed like another network and planned alongside TV,” said Mark Rotblat, chief revenue officer at Tubi TV.

Although planning tools that include OTT inventory are new, Tubi expects such capabilities to facilitate an uptick in upfront deals, including its own. “The use of software that looks at audiences across traditional and OTT properties will play an important role in this growth,” Rotblat said.

And buyers are compelled to align with how viewers are viewing.

As linear TV viewership erodes, Steuer said, “it’s more important than ever for buyers to adopt a new approach to investment that will increasingly include deals with cross-screen fluidity.”