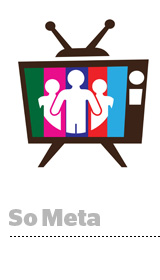 You are what you watch.

On Tuesday, smart TV data company TVadSync, which uses visual automatic content recognition (ACR) technology to track viewing behavior, released a planning and analytics tool that creates clusters of viewers based on the TV and video content they consume.

“If you move beyond demographics and genre, you can make people’s hidden passions available to different marketers by looking at the associations between different pieces of content that aren’t obvious to the naked eye,” said Chris Fredericks, TVadSync’s co-founder and EVP of sales and strategy.

It’s a page out of Netflix’s playbook. The streaming service famously looks for unlikely connections in viewing behavior to inform its content creation strategy. Netflix, for example, noticed that fans of “Black Mirror” also like watching the TV series “Lost” and “Groundhog Day,” the 1993 comedy starring Bill Murray. Who would’ve thought?

Most viewing data is locked behind “proprietary data moats” like Netflix and Amazon, along with any associated consumer insights that brands could use for media planning and buying, Fredericks said.

TVadSync – which gets its data through direct relationships with Vizio’s Inscape and LG via a partnership with Nielsen’s Gracenote – is prohibited from using ACR with preinstalled native apps, such as Netflix.

But it’s free to detect and measure almost anything coming through the HDMI cord, including content across Hulu, Prime and other streaming providers via Chromecast, Roku, Amazon Fire TV Sticks and Apple TV. The only restriction is original content, which TVadSync is not allowed to track.

Even without full access, though, TVadSync can get a pretty good picture of what people are watching, and its partnership with OEMs brings the scale. “Over 70% of viewing on Netflix also appears elsewhere,” Fredericks said.

Through Inscape and LG/Gracenote, TVadSync claims to reach around 40% of US smart TV households. It’s hoping to hit 20 million households by the end of the year.

To develop its clusters, TVadSync strips out news and sports, which Fredericks says is less indicative of taste beyond broad strokes, and only looks at movies and TV shows, tracking everything from genre and subgenre – the sort of information you might find on IMDB – to more subtle metadata, such as the setting, mood, theme and characters within a piece of content.

The company says it has five years worth of video viewing under its hat, with more than 100 million hours of video content, mostly linear and OTT, captured on a monthly basis.

TVadSync cleans the data that comes in from Inscape and Gracenote by matching the ACR watermark within content to known content IDs associated with TV spots and shows. That’s how it knows that a TV tuned to a channel at a certain time of day can be mapped to a particular network and a specific program or ad that may have aired during that program.

To get rid of the noise, TVadSync only counts viewing that lasts for six minutes or more and happens in a household. Commercial IP addresses, such as doctors’ offices or TVs in bars, are removed from the device graph, and statistically insignificant programs with small audiences are also discounted.

A machine learning algorithm automates the actual creation of audience groupings. Advertisers can then use the segments, or tribes as TVadSync calls them (there are more than 560 so far, and growing) for media planning, buying and to measure campaigns.

Buyers can usually get the data for execution within about a day, and then they’re good to go for a month or so. Viewing behavior doesn’t change much over the course of a four-week period, Fredericks said.

Fredericks and TVadSync CEO Ronan Higgins say they prefer the term “tribes” over segments because segments call to mind canned or generic audiences, like “’Sports Center’ viewers” or “people who watch ‘Modern Family.’”

“Online behavioral profiling has been around for years, and it’s good for seed audiences and lookalikes,” Higgins said. “But TV data is a totally different ball game because of how people consume it, as a lean-back experience that lets you garner a lot of intelligence about customers, which you can score, map to prospects and use to predict behavior.”

Content creator clients make up around 20% of TVadSync’s revenue, which the company projects will double by the end of the year. The media buying and planning use case comprises the rest.

“For the film we’re working on now, we’re figuring out the potential audience size domestically and reverse engineering our budget from that so we can be smart about our investment and protect our equity,” said Labid Aziz, managing partner at Two Rams, which is in the pre-production phase on a thriller called “Revival.”

The goal is to eventually sell “Revival” to another distributor, at which point Two Rams would also be involved in marketing the film, and “we would bring our data with us,” Aziz said.

“Data-driven analytics like this allow us to know our audience better, know how to reach them better, how to get their attention,” he said. “In today’s world of competing content distribution platforms, we’re looking for any sort of edge we can get to understand the quality of the consumer and their consumption habits.”