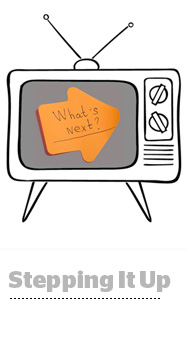 A question mark loomed over OpenAP when founding member WarnerMedia announced its sudden departure last week from the targeted TV advertising consortium it helped create in 2017.

But the group’s remaining members – NBCU, Viacom and Fox – are forging ahead with the planned launch of OpenAP 2.0, a digital ad-buying marketplace powered by Accenture and Comcast’s ad server division, FreeWheel.

OpenAP 2.0 is still in development, but when it’s fully baked, advertisers should be able to actually buy audience segments across national linear TV and long-form digital video. The beta will open up sometime in June, and the whole shebang should be ready to run campaigns in time for the fall TV season.

Buyers will be able to either log in to the OpenAP system directly or access it through an API via integrations with agency planning systems or approved demand-side platforms with scaled linear TV-buying capabilities.

It’s too early to share the names of specific DSPs, but the goal, said Krishan Bhatia, EVP of business operations and strategy for NBCU’s ad sales division, is interoperability.

“Standardization and uniformity are critical for industry adoption,” he said. “This is taking the workflow of advanced advertising a few steps further by automating order management and plan development right up to the point of transaction.”

But that’s where automation hits a wall, at least for now, because linear TV still has its limits.

Legacy linear TV systems don’t allow for digital ad insertion, which means that although advertisers will be able to buy their ads and set up their targeting through the OpenAP platform, each broadcaster will handle the actual trafficking on its own.

Regardless of losing WarnerMedia, the original vision – to help broadcasters get on the same page around standards – remains intact, Bhatia said.

“We’ve seen many standards set by the industry that lack translation to an actual platform or product development,” Bhatia said. “We’re not just agreeing on standards, we’re also architecting platforms that can execute on those standards in partnership with others.”

Bhatia said he’s optimistic that the initiative’s success will persuade other broadcasters to hop on board with OpenAP, and there are only so many out there.

“The TV industry is relatively concentrated, and there’s less than a handful of programmers that could potentially be members,” he said. “We’re in constant contact with everyone, and we’re hopeful that by launching a digital marketplace, more programmers will see the benefits.”

But what about some form of potential collaboration with WarnerMedia, despite its departure?

“You would have to ask WarnerMedia that,” Bhatia said. “When they were a part of this, they were supportive and invested in the road map. But either way, we all ultimately share the same objectives.”