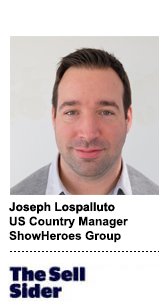 Sometimes, as an industry, we don’t always see the significance of a new technology or service until we can examine it in hindsight. At other times, however, the bells of excitement ring out immediately. The Trade Desk’s recent introduction of OpenPath was just that sort of event.

OpenPath goes beyond a traditional Demand Side Platform (DSP) role, giving advertisers a direct link with premium publishers and collapsing the supply chain from the DSP directly to the publisher’s inventory. However, while a win under the guise of supply path optimization, it also spells danger for Supply Side Platforms (SSPs). These have been the traditional guardians of publisher inventory, who now risk being squeezed out entirely.

The dominant position that OpenPath gives The Trade Desk in the supply chain could also lead to the establishment of yet another walled garden like Google, Apple, Facebook and Amazon (GAFA).

The recipe is quite simple. Aggregate the largest amount of inventory possible, as direct to source as possible. Then siphon data from that inventory and secure it for trade only within your ecosystem. This yields audience data volumes at scale, which advertisers love. However, it will leave publishers little choice but to work with yet another large aggregator of demand.

In addition to the obvious risks, the real canary in the coal mine is the algorithm at the heart of OpenPath. No algorithm can serve two masters when their goals are polar opposites. Yet publishers and demand partners are supposed to believe it will work for all parties involved. This “trust us” moment could be history repeating itself from the early days of GAFA. Today, antitrust suits are slowly showing us that there was indeed reason for doubt.

Publishers shouldn’t avoid OpenPath. That would be foolish. Rather, there is a need for caution and questioning. A publisher needs to understand the degree to which any partnership serves their best interests. It is also a reminder that publishers need to take steps to strengthen their own positions in the ecosystem.

There are three ways they can do this.

First, publishers should continue to partner with multiple demand players across key areas, including mobile, video, CTV and others. The key is to avoid becoming too reliant on one demand system and instead diversify revenue streams to drive healthy percentages.

Second, publishers need to recognize the value of their first-party data and create their own data castles. With the demise of third-party cookies, first-party data is an increasingly valuable commodity. Publishers are sitting on huge volumes of it. To take full advantage, they will need a plan for retaining control over their data while tapping into maximum commercial benefits and keeping themselves in a position of strength.

Finally, because we live in the consent economy, publishers need to use their contextual and semantic signals to monetize consented and nonconsented audiences alike.

The limits of consolidation

Consolidation in the digital ad industry is an inevitable consequence of its rapid development and innovation. However, the result does not have to be an oligarchy.

If publishers can make the right decisions now, they can play a leading role in not just bolstering their own positions but also helping support and maintain a free, open and healthy digital world, benefiting everyone involved.