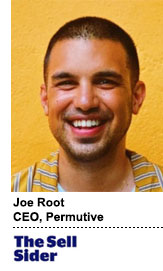 Google’s new “reject all” cookies button will soon impact the entire ad tech ecosystem. Ad tech is about to lose visibility for 50% of Europe – and that will soon also be the case in the US. This isn’t theory.

When a consumer hits “reject all,” programmatic advertising and the ad tech that supports it stop working. On mobile, when presented with the choice, over half of iOS users have opted out of being tracked by apps and marketers following Apple’s ATT. Already, some publishers in Europe are seeing a 55% opt-out rate as a result of the reject-all implementation.

When platforms like Google and Apple make these moves to comply with user consent and privacy regulation, it sets a new precedent. And just like we’ve seen with GDPR, privacy and user consent regulations will reach the US.

This regulatory wave will force ad tech to evolve into a responsible ecosystem, where tracking and enforcing user consent at a granular data level will be a requirement. But that’s all easier said than done.

As the owners of user consent, publishers will need to consider the credentials of their ad tech partners, since they’ll now need to seek user consent for each of those partners. The impact will be a dramatically collapsing supply chain as publishers become more stringent and regulation tightens.

Though the audience will still exist, the way individuals are identified – with contextual and first-party signals – will require ad tech solutions to serve an ad without processing user data. And some are already making mistakes.

The information coming from Meta’s recent leak, which suggests their ads business is non-compliant with existing and upcoming privacy regulations, will require Meta to rearchitect from the ground up to comply.

Premium publishers hold the keys to user consent, but it will require action. They’ll need to reduce their supply chain to maximize user consent rates and safety, invest in ad tech that acts as data processors, not controllers, and offer an advertising solution that works without user consent.

The move to direct

We already see a move from an open to a more direct and responsible web. When publishers and advertisers start to view ad tech as an enabler rather than an intermediary, they can responsibly activate audiences.

This shift in perspective can create an ecosystem where publisher data increases in value because it can no longer be used to target users outside of their own properties. The result is supply-chain transparency.

Publisher data is the foundation of the ad tech ecosystem. Publishers have a wealth of first-party data and contextual insights, and they need to recognize its value and educate advertisers on what’s possible – and compliant.

The next phase of ad tech is about consent, not cookies

The next era of ad tech is about user consent. Google and Meta have recognized this. Google is acting on it. And via a leaked document, we know Meta is, too.

Today’s disruption is about more than third-party cookies. It’s about consumer privacy. It’s why the rise of “opt-out” and “reject all” will create an immediate and lasting impact. And the ad tech industry should start preparing now.