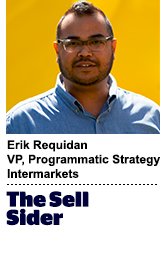 Supply-path optimization (SPO) is sometimes described as a way to reduce supply sources or consolidate multiple supply partners. When you consider how header bidding has exploded, SPO has become a necessity.

Not only does it reduce some of the strain on overwhelmed demand-side platforms (DSPs), it also improves transparency. SPO helps buyers get closer to sellers, which can boost performance and reduce costs and exposure to unsavory practices such as fraud and the opaque fees often referred to as the ad tech tax.

Major agencies, buyers and strategists now plan around SPO and they have a good idea of how to optimize paths. Are publishers ready to have conversations this far up the chain?

I wrote about Brian O’Kelley’s thoughts on how to change the supply chain late last year:

Supply-path optimization (SPO) … refers to the ways that advertisers optimize the path to the advertising inventory they want. Buyers are selecting fewer places from which to buy, with fewer URLs and publishers. While these decisions are based largely on cost, they’re also driven by a desire for transparency and safe, high-quality media. It’s one way that buyers and sellers are moving closer in their thinking and strategic planning, while reducing the number of middlemen in any given transaction.

SPO may look like it has more to do with the buy side than the sell side, but that’s not entirely accurate. For publishers, it has everything to do with how we communicate with our buyers. The sell side needs to be more transparent, and we should ask our buyers how they are approaching SPO.

SPO empowers buyers to map and chart the most effective route to each publisher, where previously – as noted by CafeMedia’s Rachel Parkin – it was “like publishers offered the coordinates to their inventory pool without a map.” We need to share the buy side’s preferred paths to make more effective decisions together.

This will, of course, impact and increase yields and fill. Publishers are now laying out that map between advertisers and their own pools of just-right inventory. SPO keeps the path clear and uncluttered so buyers can more easily find their way.

Publishers that proactively lean into SPO will benefit by ensuring that their buyers know exactly where to connect with them, with each arriving at the best outcome.

SPO is pushing our industry toward fee transparency and clean auction dynamics, both of which agencies and brands have been seeking for years. It also gives us the opportunity to earn more revenue because buyers, given more transparency and a clearer path to premium inventory, are comfortable spending a little more for inventory they know is real. They not only know that they’re getting what they paid for, they can also finally be confident that they’re not being robbed along the way. Without all the intermediaries between point A and point B, fees will be lower, and media can be sold at prices that reflect its value.

SPO can also have the positive effect of bringing agencies and publishers together for new conversations. DSPs are seeing more spend than ever from agencies – both those who have brought programmatic under their own roof and those who’ve chosen to stay with their trading desks. They’re all engaging in more conversations directly with publishers about how to purchase inventory more effectively and efficiently.

Essentially, it helps find the most efficient route into a publisher’s inventory. This could also force publishers to look more closely at their exchanges.

SPO, however, is not without its risks. Not only does it change the inventory and URL landscape, but it also changes auction dynamics in a big way.

Almost every buyer’s goal is to access the best supply at the cheapest price, and much of SPO is based on this logic. Buyers must currently bid in multiple exchanges: Some are first-price auctions, some are second-price auctions, and some are a mix. Achieving the exact price needed to win bids on the same inventory is hard because auction rules differ between exchanges.

Instead, if buyers are bidding in only one exchange that they know is based on first-price, they will see 100% of impressions and can adapt their algorithm. Data accumulated over time can be used to lower costs and CPMs. New algorithms will be built to always pay the lowest price needed, excluding additional exchanges offering the publishers’ inventory with higher pricing.

Again, communication between both sides is critical to success: Without bringing both the supply- and buy-side perspectives together, SPO could lead to inefficient outcomes that clog rather than clear programmatic pipes.

There is new and old ad tech that claims to help everyone better understand their deals, but they add many hops and stops to the supply chain.

That could lead to a scenario where more fees are added along a newly shortened path, creating an opposite outcome to the one for which SPO was originally intended. That said, optimizing technologies will inevitably take their own cut of the pie.

We really have to be prepared for both the benefits and the risks of SPO, because the trend that started a year ago has come to fruition. The key to making it work is to keep the lines of communication open so SPO evolves in a way that’s beneficial for both sides.