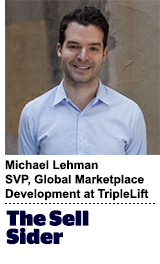 Over-the-top (OTT) advertising has captured the industry’s hearts and minds over the past year and is widely considered to be one of its most compelling new channels. Advertisers can now market to highly engaged consumers in an unprecedented video environment, buy inventory adjacent to safe, high-quality content and use data to identify and target audiences in ways that have historically been impossible in linear.

While these possibilities are exciting for dominant, content-rich media companies, such as Hulu and Netflix, and programmatic buyers eager to expand their market and get involved in TV discussions with their agency clients, the apparent affect on digital publishers has seemed, at best, unclear.

Fortunately, even digital publishers that lack any TV assets stand to gain. There are several reasons why the industry’s investment in OTT will have a meaningful and direct impact on all types of forward-thinking digital publishers.

Beyond the aforementioned benefits, OTT also offers marketers a new tool with which to anchor and prove attribution. Cross-device targeting has long been an ambition of the digital media community, with TV being the most elusive and challenging to incorporate. If programmatic buyers are effectively targeting users in an OTT environment, they will then be better equipped to engage those users across the internet in a programmatic capacity. Large media and technology companies that are active in the video and programmatic M&A spaces have stated these exact ambitions.

Given this, publishers could consider programmatic strategies that better align them with OTT content and put themselves in a position to create value for both content owners and buyers highly invested in the effectiveness of OTT. Publishers can work with these parties and use their first-party data to create audience segments that contextually align with desirable OTT content or specifically target users that index highly against precise OTT content in other digital environments.

This would allow publishers to command strong premiums for their audiences and benefit from the general investment around OTT. It could also help solve two historical pain points for publishers: getting buyers to prioritize content quality adjacency over PMP performance and strengthen their first-party data PMP scalability and effectiveness.

Moving programmatic up the marketing funnel

Two defining attributes of OTT are where the content is consumed and the supporting ad experiences. In some instances, OTT content is consumed on desktop or smartphones, via a portal like YouTube, and is accompanied by pre-roll or mid-roll ads. In this case, OTT advertising would feel similar to digital video advertising.

However, this alone does not paint the entire picture. OTT content is also consumed on actual televisions, not just desktop computers, iPads and smartphones. And media executives are actively exploring new ways to support OTT content with more integrated ad experiences.

In these applications, consumers engage with advertising differently, with no clicking, mouseover or direct-response KPI associated with how the ad performs. Powering these OTT ad experiences programmatically will require measurement outside of the lower-funnel tactics typically associated with RTB and more in line with upper-funnel branding efforts.

Pushing the programmatic marketplace up the marketing funnel could provide a jolt to publishers’ PMP businesses and reduce reliance on lower-performing programmatic ad products. It could also further efforts to programmatically sell context over audience, which is essential for all publishers given increasing pressures on data use and the industry’s general ambition to divest from the cookie.

The general belief is that playing in the OTT space requires experienced, high-paid story writers producing Emmy-award winning TV series. However, OTT-content comes in all shapes and sizes – some as brief as three- or five-minute clips – with an emphasis on original voice, content quality and authentic connection to audience.

At a moment when publishers are desperate to subsidize their current ad business with alternative but additive business lines and revenue streams, the investment in OTT will push many publishers to adopt a media strategy that includes developing OTT-appropriate content.