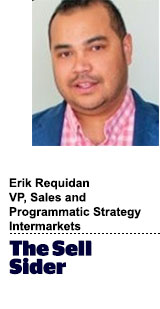 Instead of taking a well-deserved (and much-needed) break after the 2016 presidential election, digital teams went right back to work. That’s partly because presidential elections now start earlier than ever. And you may have noticed that state races that were once under the radar now draw national attention and millions of dollars.

With that said, It’s important to break down what’s currently happening – and about to happen – leading up to the 2020 presidential race. As I talk with the top strategists, planners and buyers, speculation continues to circle around which companies will jump into the fray early. The demand from both buyers and political advertisers to deal directly with media companies and publishers via premium programmatic is affecting the political programmatic intermediaries too.

It’s a gold rush, and the expectation is that presidential election spend will surpass $1 billion – and that has all players in the space licking their chops. Here are a few things you’ll need to know if you want to get on board this gravy train.

Campaign marketers lay out their path to victory and plan around it, and that includes demographics and geography. Publishers need to understand their inventory, traffic and visitors and how they match up against those parameters. Publishers will need to deeply understand what they have in every state, congressional district and ZIP code that matters to those buyers.

The sell side rarely understands the unique roles of committees, political action committees (PACs), associations or groups in a campaign, but it should. If you want your publication in the game, you’d better do your homework and understand what each of these players does, because not every group is concerned with every election, or even every aspect of a single race.

The DNC and RNC care mainly about the 2020 presidential race right now. PACs, super PACs and independent groups often are the ones that launch attack campaigns or advocate for or against candidates. Some groups only care about house or gubernatorial races.

And importantly, neither of the dominant parties want the same seller handling the planning and buying of the opposing side. You, the publisher, must choose. Facebook, Google and BuzzFeed understand this implicitly.

In heated elections, demographics matter, and there are certain groups that need to be motivated. Whether it’s seniors, millennials, women, minority groups or the LGBTQ+ community, targeting is critical.

But what about IP matching, voter files, cookie tools and data onboarding? Many of the tools and tech are built for consumer advertising targets – not political campaigns. They really need to be customized. It takes planning. It takes time. And not everyone can do it easily. Political campaigns are cyclical and have expiration dates. The tools and technology need to be purpose-built for these events and type of voter targeting.

Voters don’t just read about politics – they consume content about everything. Sure, content adjacency matters, but what’s more important is reaching a block of potential target voters, such as undecided young people.

As an example, why wouldn’t a candidate advertise on Spotify or Pandora to reach this target? They’re logged in for hours at a time, and they will listen to ads.

Companies in this space will typically try to hire someone who understands its dynamics and has relationships with other political groups and committees, and that’s smart. Relationships matter and they’re critical to building trust in this prickly space. Those relationships start well before the election campaigns start and they continue, grow and can be leveraged for subsequent campaigns.

A campaign is an intense and insular thing. A friend of mine often compares a political campaign from a digital ops perspective to a submarine. It takes on everything it absolutely needs, and then it goes under and doesn’t resurface until the end of its mission.

You, Mr. or Ms. Publisher, want to be on that submarine when it submerges. If you’re not, you’re going to miss out.