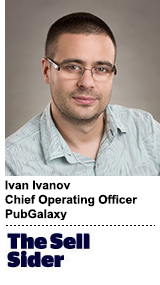 Many hoped the regulation would begin to level the digital playing field, limiting the domination of the Google-Facebook duopoly and allowing smaller publishers and ad exchanges to thrive.

In the short term, at least, this doesn’t appear to be happening. Google has yet to implement its industrywide solution for consent management, which has had a negative impact on online publishers and effectively increased Google’s dominance in the EU market.

The IAB Europe Transparency and Consent Framework is a cross-industry initiative, designed to help the digital industry meet the GDPR’s consent requirements and allow publishers to transmit consent signals to registered third-party vendors. The framework is widely supported in the ad tech industry, including major vendors such as AppNexus.

Many publishers expected Google to join the IAB vendor list prior to GDPR’s enforcement date, meaning it would be able to continue to source demand from Google alongside other framework-compliant vendors, but it hasn’t yet. Google released its own consent management platform (CMP) known as Funding Choices, which was initially set up to manage ad block traffic rather than collect consent.

Access to the consent function of the product was only given to publishers in the same month that GDPR went into effect, and many felt it had been hurriedly repurposed due to errors in its documentation. To complicate matters further, publishers seemed to have little clarity over when – or if – Google would join the IAB framework.

As a result, many publishers were left scrambling to become GDPR compliant. With Google not yet implementing the IAB Transparency and Consent Framework, publishers faced a difficult choice: develop a custom CMP that can send one type of consent signal to Google and another to the vendors using the IAB framework or choose between the two sources of demand for their personalized advertising.

Unsurprisingly, publishers are choosing the second option for the sake of simplicity and due to a lack of resources to develop and implement custom consent mechanisms. And with Google being the primary demand generator in Europe, many feel they must choose Google and use Funding Choices, rather than IAB framework-compliant vendors, to maintain pre-GDPR revenues.

Google has declared its intention to be part of the IAB Framework once it has worked through technical and policy details. It was expected to join the vendor list by late August but missed its self-imposed deadline. When it does eventually join the vendor list, the dust should start to settle. For now, many publishers feel their hands are tied: either serve nonpersonalized ads with Google or see a drop in earnings.

Google’s delay with its consent methodology isn’t the only issue publishers are dealing with in complying with GDPR. Many struggle to balance the consent requirements of the regulation with providing a positive user experience. Consent notices – which tell the user what data is collected, how it is used, how long it will be stored, how can they modify it and how to have it deleted – contain a lot of information for the average user to deal with when all they want to do is read a simple article.

Publishers can choose between pop-up consent notifications that block access to content until a choice has been made or notices that appear around content and remain in view until the user gives or withholds consent. Either way, many publishers feel the consent process ruins the user experience and some are opting to forgo CMPs altogether, choosing to have nontargeted advertising and take the hit on revenue – a decrease of up to 50% in some cases – rather than frustrate or confuse their audiences.

Others are taking an even more radical approach and have blocked all traffic from the EU since the GDPR came into effect, feeling it is less hassle to block traffic than to manage consent or risk a breach.

The immediate aftermath of the GDPR has been tough for publishers, with Google’s delay forcing them to choose between demand sources and the intricacies of the consent process leaving them balancing compliance with user experience.

But these should be short-term discomforts. Once Google is included in the IAB vendor list and the industry begins to get a handle on the consent process, the way forward should be smoother and the GDPR can begin to take effect in the way it was intended.