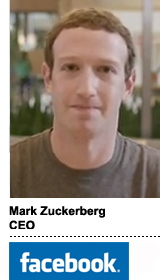 In Facebook CEO Mark Zuckerberg’s prepared statement for Congress, he describes how his company hopes to prevent illicit data sharing and enhance transparency around political advertising.

The testimony, which will be delivered Wednesday, partially reiterates changes that Facebook publicized last week. Last Wednesday, Facebook detailed API data restrictions. And last Friday, it described the tools it would use to enhance political ad transparency.

Zuckerberg will also pledge to Congress that Facebook is conducting a massive app investigation.

“We’re in the process of investigating every app that had access to a large amount of information before we locked down our platform in 2014,” his prepared statements say. “If we detect suspicious activity, we’ll do a full forensic audit. And if we find that someone is improperly using data, we’ll ban them and tell everyone affected.”


Moreover, he mentioned that Facebook has about 15,000 people working on security and content review. Facebook will have north of 20,000 staffers on that job by the end of 2018.

He adds that Facebook’s security investments will “significantly impact” profitability.

Facebook said last Friday that it will require political advertisers to be authorized by the company.

Zuckerberg reaffirmed the requirement in his prepared remarks and added that political and issues advertisers must confirm their location and identity.

“Any advertiser who doesn’t pass will be prohibited from running political or issue ads,” the testimony says. Facebook will also label political ads and show who paid for them.

The rollout is starting in the US and will go global in the next few months.

Facebook also built a tool that shows on which pages a political ad is running. The tool is testing in Canada but will go global this summer.

Zuckerberg’s statements say these verification measures will require Facebook to hire thousands before the 2018 elections in the US and elsewhere in the world.