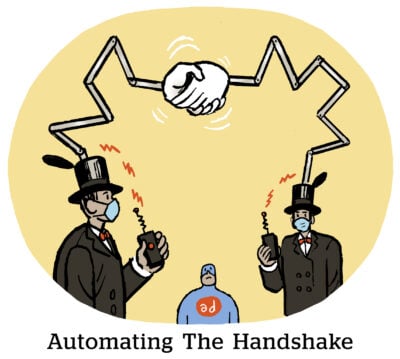 But processing insertion orders and campaign reconciliation between buyers and sellers has been an often tedious and mostly manual process.

To reduce the strain on its ad ops staff, Vice Media is testing an integration between the sell-side order management platform Boostr and Prisma, Mediaocean’s digital advertising campaign management offering.

The integration allows Vice to reconcile billing and other campaign details with ad buyers through a common user interface, rather than having to exchange emails and enter campaign data by hand into spreadsheets, said Vice Media VP Chad Lewis.

Emails are often lost or overlooked, and manual data entry is subject to errors that can cause discrepancies … But being able to log into the same system and see the same information helps reduce friction, Lewis said.

The system allows publishers like Vice to easily receive orders and to make, approve or reject order revisions.

Vice now automatically receives third-party delivery numbers from an advertiser’s ad server via Boostr on a nightly basis, eliminating the need for Vice to manually dig up that information from a third-party delivery system – assuming the advertiser even provided access to that system to begin with, Lewis said.

“No longer will we need to go into the third-party system, then email the client and say, ‘Does this look right to you?’ [then] they respond, ‘No, we see a different number,’ [then] we have to [keep playing] this game of tennis,” Lewis said. “It’ll all be in the system.”

“We’re creating branded content on behalf of our advertising partners and selling a host of other products as well,” Lewis said. “The ability to get those into an order management system that allows us to swiftly move those products from planned to sold and activated is of the utmost importance to ensure that we’re being client centric.”

Typically, ad agencies and publishers have addressed order management and reconciliation by throwing more people at the problem, said Woollard. But agencies in particular have had trouble attracting and retaining talent since the pandemic, so growing their ad ops teams is not a viable approach.

But the talent problem isn’t limited to agencies.

According to a recent survey, Boostr’s clients – it works with around 120 publishers – predict that the insertion order business is going to have a higher growth rate than biddable media this year, said Patrick O’Leary, Boostr’s founder and CEO.

As publishers focus more on their direct sold business, however, adding staff or outsourcing ad ops to outside contractors is not a scalable or desirable solution. Mediaocean currently processes millions of direct insertion orders on an annual basis, representing tens of billions of dollars in ad spend, Woollard said.

It’s not feasible to handle that sort of volume without automation.

“The publishers we work with tell me the order entry process is so tedious they have to outsource it,” O’Leary said. “They have the same problem the agencies do, having to hire junior staff to do this tedious manual work, and they say their job sucks because they’re asked to do order entry off of some printout, and then they get it wrong, and the agency is mad because a campaign didn’t start on time or didn’t deliver.”

Hence the interest from publishers like Vice in more software-driven, scalable solutions.

“It really comes down to an efficiency play for us, and the reporting aspect,” Lewis said. “Having a deep understanding of exactly what we’re selling, when we’re selling it and to [whom] we’re selling it so [we can] optimize our product mix is an underappreciated aspect of the software.”