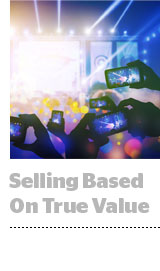 European broadcaster RTL Group is creating a unified auction where direct video deals must bid to compete with programmatic video buys. And to do so, it’s changing how it incentivizes the sales team to focus less on the size of the deals and more on the true value of the inventory.

Because RTL Group puts its television broadcasts online, it owns quality video inventory buyers view as an alternative to YouTube or Facebook video.

Within the Netherlands, RTL Group’s programmatic market is highly established and competitive. Ninety-five percent of its display advertising is programmatic, as is 50% of its online video inventory. So conditions were right to bring direct and programmatic into competition with each other.

“We see that there is a continuous scarcity of our inventory,” said digital trading manager Remmert Oosterling.

But inefficiencies prevented RTL Group from maximizing revenue from its inventory.

The programmatic team’s job was to maximize yield, bringing CPMs up as high as it could. The direct sales team was incentivized to create high order values, often selling huge amounts of inventory at volume discounts.

That dynamic meant that the direct sellers would often sell a huge block of inventory at a discounted CPM. Data showed that programmatic buyers would lose out in order to fulfill low-CPM direct deals.

Because programmatic and direct didn’t compete with each other, high programmatic CPMs would lose out to high-priority direct deals. And RTL Group also missed out on programmatic revenue because floor prices could only do so much to close the gap between a high bid and a low clearing price.

Using a direct-sold deal as the base price would ensure that the highest price would win, no matter the scenario.

This year, with the support of the chief commercial officer and sales director, the sales team will learn a new way to evaluate video inventory.

RTL Group set up its technology stack so the direct deals must bid to compete with the programmatic ones as a test in the Netherlands market.

“We are exposing all our supply to all our demand, and all our direct demand to the programmatic demand as a yielding tool,” Oosterling said. “We believe this is how a media company would sell its inventory in the near future.”

But for the time being, direct deals still deliver. RTL Group will have the direct deals “overbid” to win if, for example, a direct deal with a 15 euros CPM would lose out to a programmatic deal at an 18 euros CPM, Oosterling said.

RTL Group considers the technology to execute these deals critical to its strategy. It owns part of both the video SSP SpotX and VideoAmp, the technologies it uses to put all the deals into competition with each other.

With its technology stack, RTL Group can unify its auction without resorting to header bidding, a transitionary technique used to accomplish the same goal for display advertising.

Over time, RTL Group plans to minimize the discrepancies between direct and programmatic deals, as all buyers pay the true value of the inventory. And Oosterling is attentive to developments in futures markets, like Nasdaq-initiated NYIAX. He predicts direct deals will become the futures market, while programmatic tracks real-time demand.

“The time is now to reconfigure your sales organization,” Oosterling advised. “You will have an optimization of the real-time market, which is RTB, and a forward market or futures team which is trading fixed volumes for a fixed price based on predicted market dynamics.”