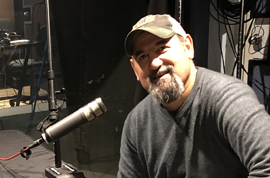 “We did not have a Randall Rothenberg,” Glassberg recalls of the first wave of ad standards. “It was all volunteer. I literally ran the finances of the IAB on Quicken on my computer.”

The early push for standards came around 1997, when publishers started complaining that half of all spending on the internet was going to resize ads. Glassberg helped organize a group of about 60 stakeholders who hashed out some common creative standards. The group determined that about 500 ad sizes were being used across 200 publishers, and most were within about 10% of each other.

But there were outliers, like The New York Times. “The Times had just redone their sites, and they had other sizes,” Glassberg says. “It was like herding cats but we got everybody to agree, and we saw in ’98 a doubling of revenue because you didn’t have to resize your ads.”

His current venture provides marketers, publishers, ad tech and other companies that have consumer data with tools to assure compliance with GDPR, CCPA and other privacy laws.

“I’m solving the problem for the general counsel, the CEO, the CFO … to help them be compliant. We give them the entire road map,” Glassberg says. “We’re going to have a patchwork of legislation in the US, so we built the platform to allow you to deal with the next 14 states. Unfortunately, while we should have federal legislation to make it easy for marketers, it’s probably not going to happen for a couple years.”