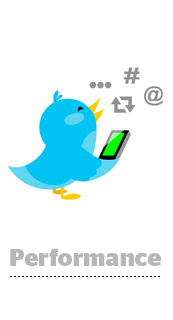 A top priority for the Twitter revenue team this year is to work on enhancing its Mobile App Promotion product, the company’s answer to app install ads.

The opportunity is ripe, CFO Ned Segal told investors during an earnings call on Tuesday.

“We know we can do more to help [advertisers] target the right audience,” Segal said. “But it’s going to be rolling thunder and not a big reveal – ongoing improvements for us versus something that happens all at once.”

And usage was up significantly. Monetizable daily active users, Twitter’s new metric to describe the number of people who are actually seeing ads, clocked in at 134 million, an 11% YoY uptick.

Next quarter, Twitter will stop sharing its monthly active user count, which rose 9% to 330 million between Q4 2018 and now, but has fallen 6% since this time last year. Some analysts perceive the retirement of MAU counts as Twitter’s attempt to mask its struggles with user growth, but Segal insists that the mDAU number is more reflective of reality and therefore more valuable to advertisers.

Historically, Twitter has seen the most success selling branding campaigns to advertisers looking to launch products or spread awareness about new films and TV shows.

But the lines are blurring, Segal said.

Take Disney, for example, running a website video card (Twitter’s ad product that combines video with DR elements) for the new Star Wars movie. Someone can watch the video, which is a branding experience, but they can also click to sign up for Star Wars notifications via Twitter.

“It’s worth pointing out that there really has been a blending in some ways of brand and performance on Twitter,” Segal said.

“Regulations like GDPR have been a net positive, not just for our service, but for the broader industry,” Dorsey said. “We will continue to work with regulators around the world to make sure that the regulation is crafted in the right way and that we can comply readily.”