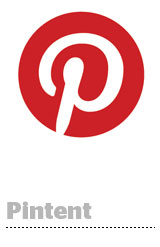 Pinterest filing its S-1 late last week makes it the last of the social media walled gardens to go public.

Notably, while Snap’s revenue exploded with a 600% increase, and Twitter’s revenue jumped 198% increase the year it filed, Pinterest had more modest gains around 60%.

Another thing to note is that Pinterest’s ARPU is pretty healthy, particularly in the United States, where it’s $9.04. That could validate its positioning as a platform that actually drives purchase intent.

The following is a cheat sheet comparing Pinterest and its walled garden brethren.

Summary: A platform for real-time conversation