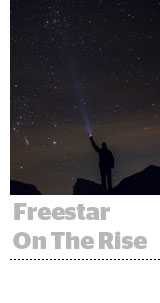 After Freestar landed atop Inc.’s 2019 list of “Most Successful Companies in America,” co-founder Chris Stark pointed to header bidding as the reason the 45-person company’s growth exploded 36,680% over three years.

Freestar solves for the complexity programmatic and header bidding created for publishers.

“It’s very difficult for anyone to dedicate enough resources … other than the top 20 or so publishers in the world,” he said.

Freestar manages a publisher’s ad stacks using its knowledge, engineering resources and investments in data science. It sets up ads to maximize competition via header bidding, taking a cut of the programmatic ads that roll in. Publishers get better tech and management of their ads than they could if they managed it in house.

From these customers, Freestar earned $36.9 million in revenue in 2018. It pays out most of that revenue to publishers, reserving just a small slice of the $36.9 million for itself.

Sports Reference, a statistics site that calls itself the “IMDB of sports,” is a typical Freestar customer. It averages 3 million page views a day, and employs 11 people, said Sports Reference President Sean Forman.

Sports Reference used to partner with a large media company to sell its inventory, but the company tended to prioritize itself over its partners, So Sports Reference jumped to independent option Freestar.

“Their approach isn’t cookie cutter,” Forman said. “And our SEO has only gotten better.”

But the ground beneath Freestar is still shifting. Many exchanges are switching to first-price auctions, Google included. And Google Ad Manager now restricts many of the techniques publishers and companies like Freestar used to maximize revenue. Freestar, for example, used a complex set of rules to optimize its floors, but Google now sets a cap of 200 pricing rules.

If this situation is a setback, Stark isn’t choosing to view it that way. “Floors are just one of the tools in the toolbox,” he said.

Freestar is focusing on other levers that can increase ad revenue, like improving viewability and constantly testing for small 1% to 5% improvements that over time add up to larger benefits for its clients.

The company also tries to build its own tech where it can. “We’ve already built a lot of our systems independent of anyone’s ad technology, including our reporting system, so we are not as beholden to any one vendor,” Stark said.

Other changes in the exchange world stand to help Freestar. Wary of fraud, many exchanges created a higher bar to onboard new publishers. And companies like Google encourage the use of expert intermediaries, through programs like Google Certified Publisher Partner, which Freestar has joined. Because Freestar represents hundreds of publishers, it can get access to exchanges that its customers wouldn’t be able to receive on their own.

Freestar is now exploring working with different types of publishers, like mobile apps and advertising for e-tailers.

Unlike other ad management firms, Freestar doesn’t operate any sites itself (with the exception of a headphone review site it said it uses for testing), which means it doesn’t ever prioritize its own sites above that of its publisher clients.