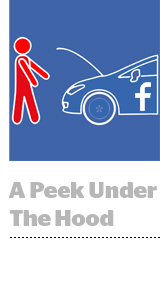 Facebook will be audited by the Media Rating Council.

The company said Friday in a blog post that it plans to commit to an independent audit by the MRC in order to verify the accuracy of the measurement it delivers to its ad partners. Facebook had reportedly started talking to the MRC in December.

Facebook declined to say when the audit will start. It’s also unclear if the audit will lead to an accreditation process or if Facebook is just letting the MRC peek under its hood to prove that everything’s kosher in there.

Regardless, the increasing openness is a good thing, said Steven Woolway, SVP of business development at DoubleVerify.

“Whether Facebook pushes for actual certification or whether they just want the industry’s blessing, this is a positive development for the industry,” Woolway said.

At an AdExchanger event in 2015, John Montgomery, GroupM’s EVP of global brand safety, chided Facebook for its reticence. Facebook subsequently enabled third-party viewability tracking through partnerships with Moat, Integral Ad Science, comScore, Nielsen and, more recently, DoubleVerify, all of which are MRC accredited.

But Facebook itself is not accredited by the council.

And MRC accreditation was a recent sticking point, most notably when P&G Chief Brand Officer Marc Pritchard threw down the gauntlet at the IAB’s Annual Leadership Meeting, demanding in a fiery speech that platforms, publishers and digital media outlets either support the MRC standard this year or the brand will pull its digital media spend.

Although the timing seems fortuitous, the MRC audit plan was “in the works for some time,” Rob Goldman, Facebook’s VP of product, ads and pages, told AdExchanger.

“The strategy has not shifted or changed,” Goldman said. “What has changed is our openness to sometimes discuss future plans more publicly, instead of simply announcing when products are ready and available.”

The main motivator here is to allay concerns about fraud and viewability, Goldman said.

“There is increased interest from advertisers in third-party verification, whether that be in the form of verification partners or audits from industry bodies like the MRC,” he said. “While we’re not concerned about fraud on our platform, and we only charge for impressions that enter the viewport, we know that the more transparent we can be, the better partner we are to marketers.”

Facebook historically defined viewability as the moment an ad enters the viewable window, with no time-based restrictions. Considering how quickly many users scroll through their news feeds, it’s possible that many of those ads are on screen for far less than one second.

To appease its ad partners, Facebook started allowing its advertisers to buy 100% in-view impressions on Facebook, meaning that an ad would count as viewable only when the entire thing has passed through the viewable window.

But it was late last year when the buy side really got its foot into the walled-garden door, following a series of admissions by Facebook that it had incorrectly reported certain ad metrics, including mistakenly exaggerating average video view times.

In response, Facebook formed a Measurement Council in November to facilitate conversation between its internal measurement teams and the buy side on product development and standards.

In addition to Friday’s MRC news, Facebook announced its plan to share more impression-level data with its third-party verification partners, including specific in-view and duration data for display ads.

During a presentation to the board of the Association of National Advertisers on Thursday in Washington, DC, Facebook’s VP of global marketing solutions, Carolyn Everson, told the group about Facebook’s plan to share more detailed data with its third-party measurement partners, according to The Wall Street Journal.

And, starting later this year, advertisers will be able to buy video on completed views, sound-on views and two-second views (aka the MRC’s video standard of 50% of pixels in view for two continuous seconds).

Overall, Facebook is getting more comfortable with the concept of transparency – but it’s up to advertisers and agencies to take the next step, said Facebook’s VP of marketing science, Brad Smallwood, speaking at AdExchanger’s Industry Preview event in January.

“I don’t know it’s our job to calculate every metric in the world,” Smallwood said. “We give raw data to companies and they can calculate the metric they want.”

But Adam Heimlich, SVP of programmatic and the managing director of Horizon Media’s HX division, isn’t overly impressed. Although this will help Facebook compete in the market for viewable video impressions against data-defined audiences, he said, the move “falls short.”

“When digital improves on broadcast capabilities enough to make up for higher tech and service costs, viewability and audience targeting are table stakes,” he said. “A much more powerful capability is to manage frequency in high-reach buyers across partners – especially the ability to turn down impressions against users we saw elsewhere.”

And that’s exactly what Facebook got rid of when it pulled the plug on FBX.

“Premiums on inventory don’t stand up very well to holistic reporting on uniques,” Heimlich said. “Brand advertisers should be wary of walled gardens as they reallocate TV budgets to digital. If what you want is the smarter reach of your video assets, open and private RTB marketplaces are much more promising.”