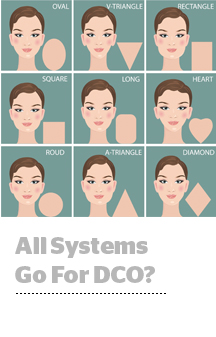 Dynamic creative optimization has thus far largely overpromised and underdelivered. Now Facebook is tossing its hat in the ring. Can it succeed where others have floundered?

On Wednesday, Facebook introduced two tools to help advertisers tailor creative assets on the fly: one that automatically throws together multiple ad variants based on the basic components of a Facebook ad – image, video, title and description – and a second that automatically designates which creative assets will work best in particular placements across the news feed, Instagram and Audience Network.

“We know that marketers are always looking to streamline the creative process,” said Diana Williams, a product manager at Facebook, which is angling to appeal to advertisers in the leadup to the holiday season.

While advertisers are interested, the fact is that the “C” in DCO has been lacking and lagging. Those shortcomings exist despite growing momentum in the space from players like Xaxis-owned native ads provider plista and DCO platform Jivox, which recently launched a product that lets brands target dynamic ads on Facebook and Instagram based on the weather, a targeting trigger not currently on offer directly via Facebook.

Even so, while “media targeting has gotten much, much better … creative has barely evolved,” admitted the Interactive Advertising Bureau in version 1.0 of its Dynamic Content Ad Standard, released in May.

Programmatic and its historical DR roots may be partly to blame. As Martin Kihn, research VP at Gartner, pointed out: “Programmatic has always been more focused on direct response, which uses content that rarely wins the art awards (“BUY NOW!”). DCO can be complex to set up, test and measure and takes more overhead. Versions often don’t perform differently, causing confusion.”

But reporting could be where Facebook has somewhat of an edge in the DCO game. Advertisers will be able to see which version of an ad performed best in each placement and view performance by image, video, headline, text, description, call to action and website URL.

The new DCO solution was built in-house within Ads Manager, but Facebook is also partnering with several of its API partners, including Smartly.io, ROI Hunter and others, to integrate its DCO tech into their interfaces. As always, Facebook has scale on its side.

The tools, which were in beta for roughly six months, have been slowly rolling out in Ads Manager over the past couple of weeks. Facebook declined to share examples of brands using the capability, but noted that its marketing partner aitarget used dynamic creative to reduce the cost per install for one of its advertiser clients by more than 30%.