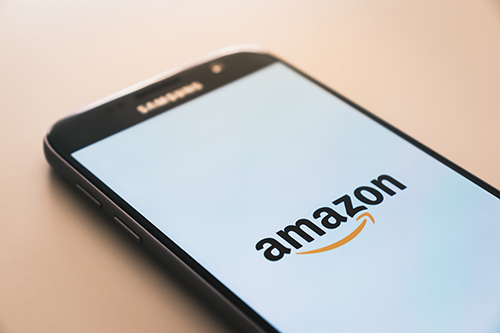 Amazon’s demand-side platform saw tremendous growth in Q1 as ad spend on the platform soared nearly 90% year over year, fueled in large part by its powerful audience targeting capabilities that proved attractive to advertisers during an ecommerce boom.

Ad spend growth was strong across all ad formats, particularly display available through the Amazon DSP, and “sponsored display” available to sellers through its Ad Console, according to Tinuiti’s Amazon Ads Benchmark Report, released Thursday.  Advertisers have increasingly leaned into the platforms to reach audiences both on and off Amazon.

The report comes a week after eMarketer reported that Amazon’s advertising business grew by 52.5% during the onset of the COVID-19 pandemic last year, pushing its share of the United States digital ad market past 10% for the first time and fortifying its position as the No. 3 ad publisher, behind Google and Facebook.

Tinuiti, a digital marketing agency, reviewed a number of factors that impacted the quarter, including the effects of severe winter storms in February that temporarily drove ad sales down, as well as political events such as the Jan. 6 US Capitol riot that dampened consumer interest. But despite those hurdles, sales rebounded quickly the report found.

Apparel ad impressions surged 54% YoY in March following a 13% drop a month earlier due to reopenings and mass vaccinations that have consumers shopping for products they weren’t as interested in during heights of the pandemic (the stimulus checks in March didn’t hurt either).

And the number of Walmart Sponsored Products more than doubled in Q1 (a whooping 125% YoY growth) as they ramped up their offerings and advertisers expanded their use of new retail media platforms.

“While we certainly expected Walmart advertising to grow quickly in these early days of the platform, the speed of adoption has been impressive,” Tinuiti Director of Research Andy Taylor told AdExchanger.

Taylor said that brands have been successful in using audience-targeting inventory both on and off Amazon, and these ad buys have included both direct response and upper-funnel campaigns to build brand awareness. Fifty-six percent of DSP spend was attributed to Amazon owned-and-operated inventory in Q1 2021, and “it’s been a fairly even split for some time among Tinuiti advertisers,” he said.

He added that as Amazon continues to build out its DSP functionality with the introduction of Responsive eCommerce Creative — as well as Whole Foods in-store purchase tracking, Twitch inventory targeting, and budget flighting features — its advanced targeting capabilities give it a competitive edge.

Responsive eCommerce Creative — a new ad format launched last year that auto-generates ads, helps advertisers access different sources of inventory and filters out-of-stock products from being featured — now accounts for 44% of all DSP spend, up from 39% in Q4.

That share will continue to grow and could potentially account for half of all DSP spend in the near future, Taylor said.

“The biggest selling points of REC are that advertisers need only launch a single iteration of an ad creative that is then dynamically adjusted to fit all available inventory sizes,” he said, “rather than having to launch separate creative versions for each distinct ad size, as well as the smart inventory functionality that filters out-of-stock products from being shown in ads, thereby helping drive better performance for advertisers.”

Though ad campaigns in Sponsored Display — a self-service display tool — accounted for only 2% of Ad Console spending in Q1, advertisers are investing more aggressively in the solution, which grew 241% YoY, while sales attributed to the placements soared more than 600%.

While auctions on Sponsored Products became less competitive last year as advertisers were forced to pull back or pause campaigns, CPC has been back on the rise, growing by one percent year over year in Q4.

Meanwhile, Sponsored Brands — CPC ads that feature logos and multiple products — accounted for 18% of Ad Console spend, up from 17% in Q4. Spending on this format rose 86% YoY in Q1, driven by an 82% increase in clicks and a 2% increase in average CPC. Sales grew even faster at 95%, largely fueled by Sponsored Brands video ads, which have quickly become a key part of advertiser strategy since its roll out of beta early last year.

“That’s making it very appealing for brands to try the format,” Taylor said. “Additionally, the video format gives advertisers greater ability to show their products in action rather than static images, which can help brands more clearly communicate product value and brand story.”