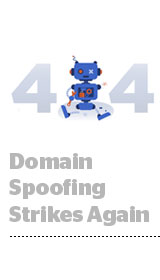 For two years, the 404bot worked unchecked, exploiting a flaw in the ads.txt spec that cost advertisers $15 million in wasted video ads.

The 404bot served 1.5 billion video ads, according to Integral Ad Science, which revealed the scheme Tuesday with a warning for the industry, including for publishers to audit their ads.txt files.

Ads.txt was designed to stop domain spoofing by allowing publishers to list all direct partners and resellers. Advertisers can confirm they are buying inventory from sellers with legitimate access to a publisher’s inventory.

But if publishers add an untrustworthy partner, they can abuse their position as an ads.txt-verified path and spoof the publisher’s inventory.

The few hundred domains where Integral Ad Science found ads.txt files linked to the 404bot all had something in common, said Evgeny Shmelkov, head of the IAS Threat Lab. “Their ads.txt files were huge,” he said. “There were lots of parties freely trusted.”

As the name suggests, the 404bot relied on fake URLs. The bot would also create an article page name that didn’t exist on the publisher’s site but existed legitimately elsewhere, such as a story about the week’s highest-grossing movie.

Publishers should audit their ads.txt files using best practices outlined by the IAB Tech Lab, he added. By closely monitoring their ads.txt files, they can avoid letting partners onto their sites that could misrepresent their inventory.

And DSPs can track fake URLs in their inventory to root out potential domain spoofing, in addition to buying only from ads.txt-compliant paths to supply.