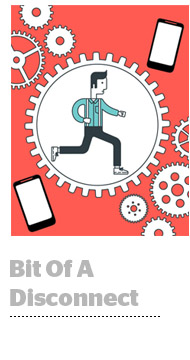 Mobile programmatic is poised to dominate digital display ad spend this year, but there are still a heck of a lot of kinks to work out.

The No. 1 headache for publishers: buyers that try to apply desktop tactics and standards to mobile and then wonder why it’s not working out.

Even some of the biggest trading desks and media buying agencies aren’t up to speed, said Richard Welch, Flipboard’s head of programmatic advertising, speaking at the Mobile Growth Summit in New York City last Thursday.

“There’s a lack of education,” said Welch, who even dropped a few names: Cadreon, Spark Foundry and OMD. “They’re bidding on desktop inventory … or don’t understand that you can’t use cookies to target.”

The disconnect is particularly apparent in private marketplaces versus the open exchange.

To protect themselves, agencies usually create app whitelists for the exchange and then graduate their favorite supply sources to private marketplaces.

Audience-based buying in-app could alleviate this problem, but the buy side isn’t doing that yet.

“If you saw a user on desktop, that doesn’t mean you need to buy them on the Newsweek app, for example – you can find them on Flipboard or Soundcloud,” Koenig said. “Once [brands and agencies] understand the data capability to target or retarget users, budgets will start flowing in this direction.”

There are also technology compatibility problems.

“It seems like every day there’s a new issue that crops up,” said Megan Hartman, global programmatic lead at Soundcloud.

When TimeHop, an app that aggregates social media posts, first built its own custom ad server to participate in unified auctions, its video render rates were 35%, said David Leviev, TimeHop’s director of programmatic and partnerships.

“Which is terrible,” he said. “You sold it, but you’re just not able to render it – it was the biggest head scratcher. It’s a sad thought that everything was done right to that point, but the player was just not able.”

Bennett Rosenblatt, Uber’s rider display marketing lead, called out a related issue in a recent AdExchanger column, noting that programmatic exchanges are lax when it comes to checking publishers for creative compatibility.

Metrics like viewability are far less relevant than the fact that inventory advertisers are bidding on – and winning – isn’t turning into actual impressions, Rosenblatt wrote.

Yet buyers aren’t asking questions about render rates, despite how much budget waste it creates. But viewability remains non-negotiable for most buyers.

“We’re hearing a lot of advertisers just block inventory not running with third-party analytics,” Leviev said. “They’re just going to block you no matter where the inventory is coming from."