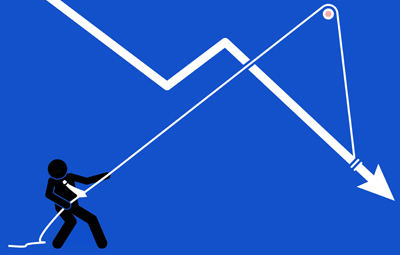 Mobile advertising platform InMobi is revising its compensation structure for employees in an effort to avoid layoffs due to economic strife related to the ongoing COVID-19 pandemic.

Effective April 2020, employees will receive a portion of their salary in the form of stock rather than cash. The stock component begins at 10% of an employee’s salary. The percentage will be higher at the company’s leadership levels.

Overall headcount at InMobi globally is roughly 1,400. The majority of employees will be able to participate in the stock compensation program.

There are no layoffs planned at this time.

The goal of the stock compensation arrangement is to minimize the commercial impact of the coronavirus on InMobi’s core business and people “to the maximum extent possible,” Naveen Tewari, CEO and founder of InMobi Group said in a statement provided to AdExchanger.

“We are confident that our measures and unwavering dedication to our employees, customers and partners will prepare us for long-term growth,” Tewari stated.

But, “we can’t rule out anything as we don’t know what the future holds,” Tewari expanded in a blog post on Saturday.

In the early stages of the outbreak, InMobi was somewhat insulated because its revenue is distributed across geographies, roughly 50% of which comes from North America and another 25% from China.

“The sequential nature of the outbreak has helped cushion the impact for the InMobi Group,” Tewari noted in the blog post.

“But flat is the new growth today,” he wrote. “Every business needs to ensure it survives first before it can thrive.”

InMobi Group is parent to InMobi Marketing Cloud, content platform Glance and data company TruFactor. InMobi restructured its business in July of last year to create subsidiaries for each of its main verticals. At the time, Tewari told The Economic Times in India that the new structure would be better suited for an eventual public listing.

The company is trying to lend a hand where it can, internally and externally, Tewari said.

People in the Japan and Korea InMobi offices, for example, shipped masks and other supplies to employees in the China office during the Chinese lockdown.

The TruFactor division, meanwhile, has been providing geolocation data to researchers at government and academic organizations to help estimate the spread of the disease, and the Glance group has been working on a contact tracer tool and delivering PSA information to roughly 100 million people via its mobile lock screen offering.

InMobi has raised more than $320 million over seven rounds since the company was founded in 2007, including an undisclosed sum in January.