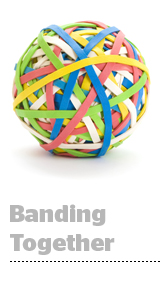 Publishers are on the cusp of only needing one software development kit (SDK) to measure in-app viewability.

On Wednesday, the IAB Tech Lab kicked off a limited beta to test an open-measurement SDK that would enable publishers to work with multiple viewability vendors without requiring multiple SDK integrations.

The test will run for roughly two months with a plan to release the SDK no later than Q1.

The open-source code that underpins the SDK was first developed by Integral Ad Science and later turned over to be managed by the IAB Tech Lab in an effort to enable wider adoption.

Companies in the Tech Lab’s Open Measurement Working Group, including IAS, Moat, DoubleVerify, Google, Nielsen and, most recently, comScore, contribute code and other resources to the project.

Once the SDK is ready for general use, participating vendors have agreed to deprecate their proprietary viewability SDKs in favor of the open-source SDK.

“We all agreed that the status quo just isn’t going to work, but we also needed a very technical solution to solve this very technical, intractable problem,” said Eric Picard, VP of advertiser product management at Pandora, which is a member of the Open Measurement Working Group and participating in the beta test.

Although it’s surprising on the surface that competitors would be willing to take advantage of code that originated with a rival company, the need for a common framework to solve basic viewability headaches brought them together, said Dennis Buchheim, SVP and GM of the IAB Tech Lab.

“They saw the opportunity of not having to develop a commoditized piece of code,” Buchheim said. “Publishers have also been increasingly clear with verification vendors about the pain of integrating multiple SDKs, of the bloating that causes and the discrepancies.”

Viewability vendors will still be able to apply their own special sauce to the processing of the raw data, but at least they’ll start on the same page.

A more consistent baseline for viewability measurement should also keep the buy side happy. The only reason publishers were integrating multiple viewability SDKs was to appease advertisers that “made it clear they want to use their vendor of choice,” Picard said.

For some publishers, the open-measurement SDK will allow them to rip out a bunch of duplicative integrations. For others, like Pandora, which only has a Moat integration, it’ll save them the pain and work of having to add support for additional SDKs.

The open-source code will also give publishers more visibility into what’s happening in their apps than they get with separate vendor SDK integrations.

“The discrepancies are a big issue, but the bigger issue is not knowing what causes them,” Picard said. “One SDK’s viewability numbers might go up while another vendor’s numbers go down at the same time, and you have no understanding as to why that’s the case. Having just one integration gets rid of that problem.”

But what about the walled gardens, like Facebook, where users spend so much of their time? They’ve been resistant to integrating third-party SDKs, and the third-party measurement that does take place on their platforms usually happens through an API.

“The major hurdle is whether they’d be on board to wholly open up to a third-party integration,” Buchheim said. “But assuming open measurement takes off the way we think it will, this would be an easy way for them to respond to the pressure they’ve felt for more third-party measurement. We’re hopeful there’s an opportunity for broader adoption here, even among those that are reticent to adopt third-party SDKs.”