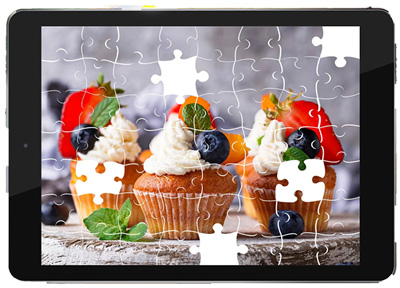 Creative optimization is one of the most effective tactics that mobile growth marketers can use to boost performance.

But it’s also a pain in the butt.

User acquisition managers must test an enormous amount of creative assets by size, color, copy and placement type before they find those that really work for specific pockets of traffic on certain platforms, often just in time for ad fatigue to set in.

That’s a heavy lift for an in-house team and sucks up a lot of resources, said Vladimir Ilchenko, head of user acquisition at Veraxen, a casual game developer based in Cyprus and Belarus.

To alleviate some of that burden, Veraxen has been testing a tool from mobile demand-side platform Appreciate that automatically generates multiple variations of a developer’s existing ads. The tool, dubbed Creative Wizard, was released on Thursday.

The idea is for the creative process to become automatically iterative, said Rachael Alter, Appreciate’s head of business development.

Appreciate pulls a developer’s live ads directly from the app stores, creates new versions and then runs the ad variations through its DSP to find the creative combinations that result in the best return on ad spend.

“The simple fact is that not all developers have the ad variations and sizes they need to reach the traffic out there across Facebook, Google and SDK-specific ad networks,” Alter said. “Our algorithm optimizes and A/B tests the creative at each placement based on the variation, the user, the app and the exchange and puts more budget against the best-performing placements, whatever they are.”

Veraxen, for example, mainly concentrated its media buying in the past on video and interstitial ads, which are generally considered to be high-performing formats.

But for a recent campaign to promote its Jigsaw Puzzle Collection app, Veraxen used the Creative Wizard to automatically develop an assortment of 320x50 banner ads that increased installs by 600% and the campaign’s overall conversion rate by 500%.

Even banners, which many advertisers eschew in favor of higher-impact units, can perform. It’s just a matter of testing and learning based on the campaign, the KPI and the audience.

Beyond automating its creative production, Veraxen uses Appreciate to uncover new segments of prospective users. “[They have] a broader view regarding what works across game segments and other verticals, as well as which units and traffic are available in real time to improve our results,” Ilchenko said.

And variety is the spice of engagement. Ad fatigue can creep in pretty quickly, he said. Depending on the size of the campaign and how many times a piece of creative is viewed, the average lifetime of an ad can be as short as a few days or a week.

“You’ve always got to fight that fatigue and make sure you’ve got something that works in combination with the app it’s being seen in,” Alter said. “Different variables for different impressions.”