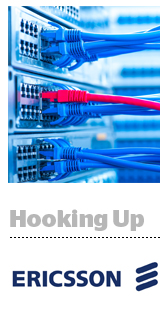 Ericsson is taking the wraps off its DMP for telcos.

The release of Emodo follows Ericsson’s surprising intention to enter the ad tech space, which it announced in March at Mobile World Congress in Barcelona.

But the move makes perfect sense, said Paul Cheng, GM of Emodo, because Ericsson can act as a neutral party to house anonymized telco data.

Regional carriers have hundreds of millions of subscribers, but they still lack the scale on their own to compete with the likes of Facebook and Google.

Carriers within a single market are also fierce competitors and partnerships don’t usually pan out, like what happened with Weve, an early attempt by UK operators O2, Vodafone and EE to pool their data for advertising. That consortium fell apart before ever really getting off the ground.

Under the auspices of Emodo, however, the idea is that carriers can work together without actually having to work together.

“We’re not a carrier, but we are global in that we serve almost all operators and carriers around the world,” Cheng said. “With this, we’re helping carriers federate themselves into a collective organization, and that gives them scale.”

Emodo, which has more than 1.3 billion anonymized user profiles, is starting out in a handful of developed markets, including the US, UK, Canada and Japan, with plans to expand to other regions.

Although Cheng declined to say which carriers are participating or how many there are, Spanish telco Telefonica’s mobile ad exchange, Axonix, is a launch partner. Telefonica owns O2 in the UK.

Emodo built its own technology in-house and is working with several unnamed data providers to help with identity resolution.

The value of carrier data – the fact that it’s deterministic and validated – is also what makes it dangerous. Telcos want to capitalize on their data assets, but the potential for data leakage and the need for stringent privacy protection give them pause.

All personal data that can be tied back to an individual is stripped out before it reaches Emodo, Cheng said. After all of the identifiable information is extracted, Emodo catalogs the remaining data using mobile ad IDs.

Depending on the regulations within a specific region or country, the anonymized data can then either be aggregated into audience segments for targeting or used as a panel to help publishers and advertisers verify the quality of their own data sets.

Emodo plugs into the supply side, and advertisers log in to the Emodo DMP to access the segments. In order to protect the data “from the prying eyes of the bidstream,” as Cheng called it, advertisers buy on a deal ID, which they can activate on whichever DSP they choose.

Access to “a huge scaled deterministic data set is an advantage for any publisher,” said Paul Wallace, VP of media solutions at Vice Media, another of Emodo’s launch partners.

“We’re always looking to stay at the tip of the spear when it comes to making data available to marketers,” Wallace said. “And the fact that it’s deterministic rather than probabilistic means that it’ll result in a much higher match rate when it comes to blending these audiences together for marketing purposes.”

But as enticing as that opportunity is, privacy is still paramount, and Vice, just like a carrier, is hypersensitive about how it goes to market with its subscriber data.

“We always want to protect our audience’s trust in us,” Wallace said. “And here’s a way to put our data into the marketplace in a secure fashion.”

Even so, Ericsson’s international foray into ad tech comes at a tenuous time for data collection and usage, with Europe’s sweeping General Data Protection Regulation set to take effect at the end of May.

But Cheng sees regs like GDPR as a positive for Emodo.

“We’re not the first mover on the block, carriers have tried a number of initiatives and there have been a lot of lessons learned,” Cheng said. “We’ve also learned those lessons. We have a privacy-by-design approach and a framework that allows us to be geographically tailored to comply with regional laws.”