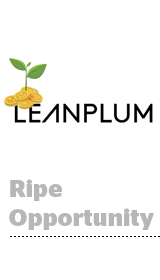 The round was led by Norwest Venture Partners with pinch-hitting from existing investors, including Canaan Partners, Kleiner Perkins Caufield & Byers and Shasta Ventures, and brings the company’s total funding to just over $93 million since 2013.

The bulk of the money will go toward a product road map centered on cross-channel automation and self-learning AI. Both are at the root of personalized marketing at scale, said Momchil Kyurkchiev, CEO and co-founder of Leanplum, whose clients include ride-hailing app Grab, Tesco, Tinder and Zynga.

“The reality is that we already have the ability to reach billions of people with email, on the web and in mobile apps, but we’ve lost the relationship along the way and we treat people like they’re segments,” Kyurkchiev said. “The future of marketing is the past of marketing – essentially bringing the relationship back thanks to mobile and AI.”

But the tech is far from there yet. Kyurkchiev predicts that it will be at least five years until brands are able to take advantage of AI in a way that fulfills its promise.

“It’s an unsolved problem at this point,” he said. “We’re far from where we need to be for each individual user to feel like they’re being taken care of and that their context is being taken into account.”

Beyond developing the product vision, Leanplum will earmark part of its round to finance international expansion. That’s why the San Francisco-based company, which also has offices in New York, London, Bulgaria, Singapore and Amsterdam, needed to raise funds again so soon after its $29 million Series C in October 2016.

Europe and APAC are at the top of the list.

What isn’t on the agenda, however, is getting acquired by one of the larger traditional marketing clouds. The marketing automation space is still enticingly undeveloped, Kyurkchiev said. The big guys couldn’t buy their way into mobile right now even if they wanted to.

“This is not a market where all of the innovation has already happened and it’s just a matter of grabbing market share,” he said. “It’s still developing right in front of us.”

Staying independent will also keep the company nimble, he said. Although Leanplum has plans to hire go-to-market teams in new regions and engineers and product people to focus on accelerating its tech, the overall headcount, which stands at around 150 today, will stay lean.

“The big marketing clouds have lots of revenue, but that revenue comes with a lot of baggage,” Kyurkchiev said. “They’re less risk-prone and they’re simply slower-moving. We’re well-capitalized and we’re ready to innovate.”