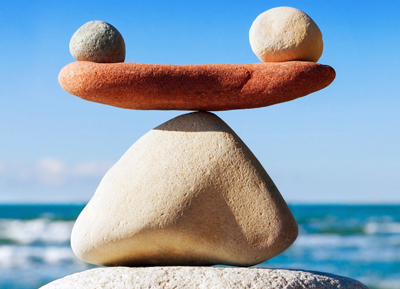 Is ad tech’s hot streak on the public market sustainable?

No, and that’s not a bad thing.

After four quarters of spiking valuations and an IPO runway so crowded that one ad tech company opted to postpone its IPO until next year, the market is starting to stabilize.

Although some ad tech stocks achieved all-time highs earlier in the year, particularly during the second quarter, the category closed the Q3 period down 6% year to date. The number of public filings also decelerated during the quarter.

“There’s been some pullback in the aggressiveness of valuations, but we’ve also seen that these companies are able to achieve growth and financial performance,” said Conor McKenna, a director at LUMA Partners, which released its Q3 digital market report this week.

“They’re operating like true technology platforms rather than just as media platforms, which was one of the big challenges facing ad tech in prior spurts of public market activity,” McKenna said.

The evolution of SaaS

Ad tech is also being rewarded for this shift on the M&A front.

Investors and prospective acquirers have historically regarded ad tech companies with a bit of side eye for their lack of SaaS business models. The software-as-a-service model has long been upheld as a more predictable, surefire revenue source.

But now the M&A market, including private equity, is reassessing the SaaS business model.

“The change, broadly speaking, is that yes, SaaS is great, but it doesn’t need to be locked-in annual contracts,” McKenna said. “All you need is greater than 100% net revenue retention, and then you can focus on getting new customers.”

If companies can achieve this in tandem with a media model, he said, they can take advantage of high-growth opportunities, such as inflections in the TV space, while maintaining a stable foundation.

Private equity is taking notice, with more than 10 scaled transactions in the ad tech sector over the past year, including multiple deals during Q3 alone.

In July, search intelligence company Captify took a majority investment from SFW Capital, followed in August by Vungle’s merger with Liftoff under the aegis of their common parent company Blackstone. In September, Mediaocean switched ownership from Vista Equity Partners to CVC Capital Partners and TA Associates.

“PE looks for growth, predictability and operating leverage, and over the past few years we’ve seen a bunch of companies get to a scale where they’re highly attractive to PE based on their financial metrics alone,” McKenna said. “PE is excited because they’re seeing sustainable industry trends and good business fundamentals underlying them.”

But the special purpose acquisition company (SPAC) frenzy that kicked off with a vengeance last year is chilling out, something which had already started to happen in Q2.

Ad tech and mar tech attracted SPAC interest in 2020, because both sectors are home to a lot of mature businesses that (a) haven’t gone public yet and (b) are viewed in a better light now by Wall Street investors – but there are only so many companies that fit the bill.

As of April, blank check companies raised roughly $110 billion in capital, which will likely be levered twice or even three times against the actual valuation of the target companies they’re looking to invest in.

At the same time, three-quarters of existing SPACs still haven’t even found a target yet, according to research and analytics site SPAC Alpha.

“You need to look at the amount that’s been raised and at the supply/demand imbalance – we’re not going to have $300 billion to $400 billion of IPOs in the next year and a half,” McKenna said. “The market seemed open, so SPACs were a hot craze with people trying to take advantage, but I’d say we’ll probably see it wither over the next couple of years.”