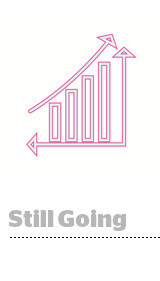 You heard that right.

The year started slow for ad tech M&A, but merger activity gained steam and the fourth quarter was one of the most active in recent memory, according to a Q4 market report released Tuesday from investment bank LUMA Partners.

The number of scaled deals worth $100 million or more across ad tech, mar tech and digital media grew nearly 20% over 2018 levels.

And to what does ad tech owe this great bounty?

Increased consolidation, the rise of connected TV and growing interest in identity and first-party data.

“When you think about the broader zeitgeist around digital media, it’s all about tech platforms abusing their power, questions about the future of cookies and multiple years in a row of challenging ad tech dynamics and companies struggling to hit their numbers and grow,” said Conor McKenna, a VP at LUMA. “But there was overall excitement and activity despite impending regulations around data and privacy.”

Notable ad tech deals for the year – most of which were announced in Q4 – include the Rubicon Project/Telaria mashup, AT&T-owned Xandr’s acquisition of Clypd, Roku’s purchase of dataxu, the marriage of Outbrain and Taboola and Blackstone’s surprising $750 million acquisition of Vungle.

Companies are acknowledging that success has become intrinsically linked to scale, McKenna said.

“Look at Outbrain and Taboola, which decided to combine and go for the win instead of fighting each other,” he said. “And Telaria and Rubicon, which saw the opportunity that The Trade Desk created for itself on the demand side and realized they could do the same on the supply side.”

But it’s not confetti and champagne for everyone. Once the darling of ad tech stocks, Criteo continues to take it on the chin as the company endeavors to get its app business off the ground and stabilize its retargeting business.

“They’ve been struggling to find a solid growth path, and people see them as potentially the most exposed,” McKenna said.

In general, though, there’s a surprising ebullience in the market, particularly in the convergent TV space.

“Expect to see a lot more happening there,” McKenna said. “Big media is fighting for their lives, which started with the consolidation we saw with deals like AT&T/Time Warner – and now all of those various players need technology to compete as AVOD [ad-supported video on demand] becomes a bigger component of streaming and OTT.”

And keep an eye on audio and out-of-home as the next new hotness for M&A activity.

“Both of those advertising channels are becoming more addressable,” McKenna said, “and that means there’s going to be more opportunities to apply technology, increased ad spend and general strategic interest.”