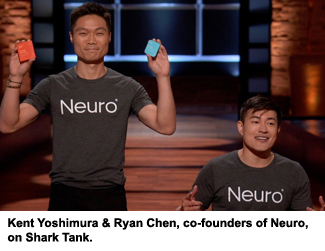 After Neuro, which manufactures natural caffeine-infused gum and mints, rebranded in February, it was gearing up to double down on retail, including at CVS pharmacies, GNC stores and Barnes & Noble locations on college campuses.

But co-founders Ryan Chen and Kent Yoshimura, who met as undergrads at UC San Diego and have degrees in chemistry and neuroscience respectively, are chill dudes from LA, and they’re rolling with the situation.

“With unemployment the way it is and the economy faltering, consumers are looking for essentials,” said Yoshimura, who started the company with Chen in 2015. “We’re hoping people think of an energy product as essential, but the reality is we know there are more important things than us out there right now.”

Gum is often an impulse buy at checkout, rather than part of a larger online order, which is translating to softer sales in the category as people shelter at home. During its Q1 earnings call, for example, Mondelēz said its gum brands were “severely impacted” due to the ongoing pandemic.

Neuro is somewhat insulated from these challenges, in part because it’s a specialty product, and because most of its sales today still come from ecommerce, despite its retail aspirations.

Amazon sales have been steady during lockdown, Yoshimura said.

Even so, physical events are a linchpin of Neuro’s marketing. The brand has seen particular success handing out samples at CrossFit events and partnering with CrossFit influencers. Neuro sponsors two of the top female CrossFit athletes in the United States. 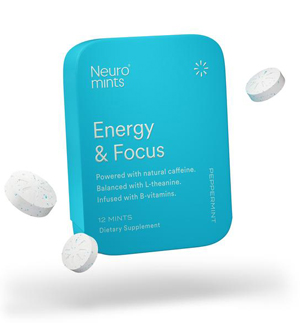 Spreading awareness IRL is on hold for the duration, of course, Chen said. But there are other things Neuro can do to stay top of mind with consumers. Neuro is partnering, for example, with fitness professionals to create exercise content and diet plans for people stuck at home.

“It’s an opportunity to provide content that could be helpful rather than something that’s purely marketing,” Yoshimura said.

Neuro is also giving away free products to frontline hospital workers and EMTs who message its support email.

“It’s a small way we can help, because the place they usually buy their energy drinks might be closed,” Yoshimura said. “We’re just trying to figure this out day by day and working with our marketing team to take advantage of media opportunities to bring us more awareness.”

The single biggest media opportunity Neuro snagged recently was a spot on “Shark Tank.” The episode, which aired April 10 on ABC, was in the can long before COVID-19 existed, but was broadcast into a world under quarantine. Last year, “Shark Tank” had started to drop in the ratings. The April 10 episode drew nearly 5 million viewers.

Although Chen and Yoshimura didn’t end up doing a deal, within 24 hours of their appearance on the show, Neuro did six figures in sales.

“It was a very big deal for us,” Yoshimura said. “Although I have to say that one of the main things I remember from filming is … how much makeup they put on our faces.”