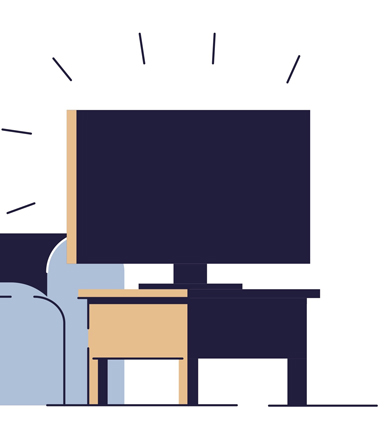 The growth of connected TV advertising isn’t simmering down anytime soon, even if most of the key ingredients are scattered or missing – like, say, an industrywide standard for campaign measurement.

“It’s still the year of CTV … even though we’ve been saying that every year since 2015,” said Mike Richter, Trusted Media Brands’ VP of CTV and digital global revenue ops, at AdMonsters’ Ops conference this week.

But CTV still has the same measurement problems it’s had since the first smart TVs hit the shelves in 2008 – and the bulk of that problem is that “no one can agree on anything,” Richter said, including whether panel data has any place in the future of television advertising.

If broadcasters and advertisers accepted new standards that span all TV channels, just like the Nielsen standard, CTV has the opportunity to “break down an archaic system,” he said. “Certain panel players brushed things under the rug just to get people on their panels.”

“Who here likes panels?” Richter asked the audience, applauding the subsequent silence. A panel-led system is “just not trustworthy. We have to move to a system that’s interoperable.”

Still, there is a reason why just about every TV programmer still has contracts with Nielsen. Transformation doesn’t happen overnight, and panel data might still have a role in measurement. After all, even the end of Nielsen’s reign doesn’t mean a single new standard, but more likely a range of currencies to choose from.

“There is a role for panels: drawing insights, assessing and validating audiences and forecasting via probabilistic modeling,” said Angelina Eng, VP of the IAB’s programmatic and data center.

The industry’s biggest pain point is developing and agreeing on standards. 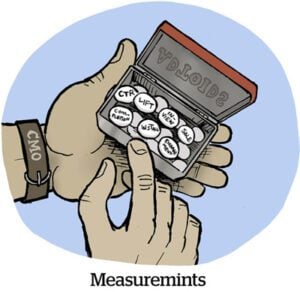 “We have 750 companies in our member base and we can’t even agree on audience measurement: Is it at the device level? The browser level? Are we targeting people or households?” Eng said. “This has become a two- to three-month conversation that we still can’t agree on. We do have interoperable signals, but there’s a challenge in actually [implementing] them.”

In part due to these analytics sticking points, not one TV measurement provider on the market right now has accreditation from the Media Rating Council (MRC), added Jon Watts, managing director at the Coalition for Innovative Media Measurement (CIMM).

Industry standardization and MRC accreditation won’t happen overnight. But incremental advancements in interoperability, like partnerships between programmers, data and tech companies, are a means to that end. TV manufacturers (OEMs), particularly those with smart TV businesses, could be important bridges to interoperability because they collect viewership insights garnered by set-top boxes and automatic content recognition (ACR) outside the control of media-owned walled gardens like Apple, Google and Amazon.

“Samsung, Vizio and Roku need to come to the table,” Eng said. While these companies are IAB members that participate in working groups, they’re reluctant to share first-party data outside their own systems.

Part of the reason these OEMs hoard their data is that their advertising businesses are considered a competitive advantage, Watts said. After all, OEMs started out prioritizing high-price hardware, but now most sacrifice hardware profit margins to grow their ad sales revenue.

But it’s a misleading assumption, he said. The industry remains at a standstill without full collaboration, which includes coopetition – and OEMs with big data have something to gain from collaboration, too.

OEMs have scale worth bragging about, but separately none can put a dent in the issue of severe over-targeting in CTV, which is the biggest consumer issue holding back the category. With an interoperable framework, frequency is a solvable problem.

“We need to be less worried about competition and more concerned with being stewards of our industry,” Richter said. “We’re only better together. We’re not so great single.”