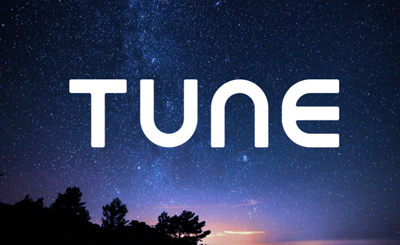 If you haven’t heard of Constellation Software before, you’re about to start.

Specifically, TUNE is being acquired into Perseus Operating Group, a unit within Constellation that buys independently owned managed service software companies to grow market share in specific verticals, from real estate and healthcare to finance and specialty retail.

Constellation has made more than 600 acquisitions since it was founded in 1995.

After TUNE sold its app attribution business to Branch in 2018, it built an SaaS performance marketing platform using its remaining tech assets. Like TUNE, CAKE also charges customers on a SaaS basis rather than on CPMs or by taking a cut from the network or affiliate partners that an advertiser works with.

Historically, TUNE and CAKE have been competitors in the performance marketing space. But as sister companies under Perseus, both can be “strategic in terms of what our teams are working on instead of always watching the back door,” Hamilton said.

Rather than integrating their technologies on the back end, the plan, at least for now, is for both TUNE and CAKE to continue operating as stand-alone businesses while sharing services and information across the fence.

CAKE’s lead gen offering, for example, would be beneficial to TUNE’s customers, while CAKE could take advantage of TUNE Pay, TUNE’s tool for automatically reconciling billings and payments across marketing partners.

The strategy behind the rollup is somewhat akin to what Zeta Interactive is attempting with all of the ad tech assets it’s been buying, but completely different from a private equity-type acquisition, Hamilton said.

“They’re not trying to consolidate, strip out all the costs and smash it all together to try and flip it,” he said. “The strategy here is to buy and hold companies for the long term as they grow market share profitably and sustainably.”

Constellation approached TUNE with an offer while TUNE was mulling its next step. Its VCs had been invested in the company for a long time, and following the Branch deal, its founders weren’t active in the business anymore. It was time to make a move.

“We’re still early days in providing partner marketing software to advertisers, so we need owners that want to see that play out over the long term,” Hamilton said. “We’re making a bet that the platform software approach is the right one for supporting the growth of partner marketing.”

Marketers that use TUNE are able to pay their partners on a cost-per-action or conversion basis.

TUNE’s headcount after the Branch acquisition was roughly 170. There will be some minor restructuring under Constellation as in any acquisition, but Hamilton was unable to share details. There’s little overlap between TUNE’s roughly 1,500 customers and CAKE’s customer base.

Hamilton will stay on with TUNE and step into a “more strategic role,” exact title TBD. Cameron Stewart, TUNE’s COO, will continue in a general operations role.