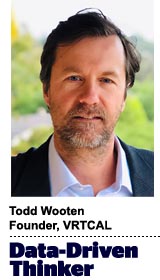 A good compromise, “Seinfeld” co-creator Larry David once joked, is one where both parties are dissatisfied. Between ad tech’s buy side and sell side, there’s plenty of dissatisfaction to go around, but I don’t think anyone would call the duel between supply-path optimization (SPO) and demand-path optimization (DPO) a good deal for our industry.

SPO hasn’t delivered on its promises. The architects of SPO never agreed on a common definition for what SPO was supposed to do and who it was designed to benefit. Moreover, as ad tech executives across the ecosystem have pointed out, SPO suffers from a lack of expertise among advertisers, a lack of enforcement among vendors and questions about neutrality among agencies.

On the sell side, DPO is essentially the mirror image of SPO. The practice effectively began with header bidding and Prebid, although we don’t typically call those two practices DPO.

Regardless, the idea is to increase revenue and the value of seller inventory, while decreasing costs. In addition, where advertisers seek out transparency as a way of ensuring brand safety, publishers also use DPO to make sure that the ads running on their sites and apps align with their goals.

Of course, even with SPO and DPO, advertisers and publishers still don’t find what they seek. Why is that? While it’s tempting to blame design and implementation challenges, the reality is that DPO and SPO are dueling practices that, despite the best intentions, have not collectively helped the problem, because they were conceived in opposition to each other.

The sell side is running blind and can only do its best to add more direct paths. Meanwhile, the buy side moves with third-party data, for mostly indirect paths, to get the cheapest targeted inventory for the highest ROI, and so on and so forth. Instead of facilitating more structurally effective direct partnerships, ad tech can be counterproductive in an arms race kind-of-way.


Publishers can also increase the efficiencies of their inventory by implementing direct data access – including typical first-party and new frontiers in contextual and device data.

But that arms race isn’t the only thing going on in ad tech. 2020 has been a difficult year for publishers and advertisers alike, and those challenges will likely continue well into 2021. Knowing that, we have two choices. We can continue to optimize against each other in the face of difficult headwinds, or we can face those headwinds together. We should choose to build for the latter scenario, not just because doing so will improve operations for buyers and sellers in challenging times, but because in the long-run a healthy marketplace is one where infrastructure is neutral and partnerships are most likely to flourish.

A collective approach would have to deliver for both sides of the marketplace. Advertisers need to continue to select the most efficient supply path, create direct relationships with more publishers and continue searching for profitable consumer pockets so that they can maximize the ROI of their campaigns. On the sell side, publishers need the ability to increase efficiencies of their inventory, increase inventory values and integrate directly with more DSPs in order to increase revenues.

What is needed is an approach based on infrastructure that allows advertisers and publishers to easily connect, target and transact. With that, the architecture will be in place for both SPO and DPO, creating a much better and more efficient sector for all of us.

Personally, I’m optimistic about ad tech in 2021 and beyond. Both sides know our marketplace needs to improve. We’ve already tried working separately, and we’ve seen the results – not everyone is satisfied. Now, it’s time to try a cooperative approach. The sooner buyers and sellers bring their solutions to the table and build together, the sooner the ad tech infrastructure will work for everyone. After all, buyers and sellers are here to deal, not duel.