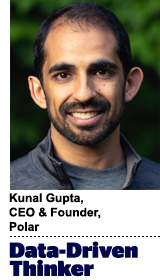 Facebook last week announced that its Off-Facebook Activity (OFA) tool would be available to more than 2 billion users worldwide.

The tool debuted in a controlled release in August, likely because Facebook wanted to gauge adoption and the resulting impact on its advertising business. It is no surprise that Facebook made it available to all worldwide users after the lucrative Q4 and holiday advertising season.

OFA represents all of the data outside of Facebook’s services (including Instagram) that the platform has collected about users. Often times, we are logged into Facebook within our browser, which means that Facebook can literally see all of our website activity – every website and most actions we take on those websites.

This has long been one of Facebook’s competitive advantages and why it is a $70.7 billion business ($69.7 billion from advertising), which is growing by 27% annually. The amount of additional data it has about its users allows it to efficiently deliver more targeted ads while limiting waste. Facebook has solved for the age-old view, “half the money I spend on advertising is wasted; the trouble is I don’t know which half.” It has become adept at delivering ads to users who have a high chance to engage with them.

With the global rollout of OFA, it is clear that Facebook is introducing these controls as part of its settlement with the FTC last year and to get ahead of future privacy regulation.

Given that most users in social media are passive scrollers – the average person scrolls the height of the Empire State Building in one day on social media – there is likely not enough data to target advertising effectively from a user who is only scrolling through their news feed or Instagram feed without taking many actions.

Facebook may have consumer attention, however, websites and apps have consumer intention. OFA has long given Facebook unique access to consumer intention, and now that users can disconnect it, Facebook’s signals may be much weaker. As a result, advertising on the platform will likely become less effective (and less creepy).