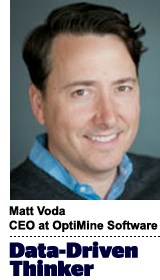 Many big-brands, including Coca-Cola, Audi, Budweiser, Pepsi and others, have decided to skip advertising in the Super Bowl this year. On the surface, it’s an unusual move, especially considering that many of them have been mainstays during the big game for years.

But, like nearly everything else since COVID hit, this year’s Super Bowl is different and represents new risks for brands as they try to strike the right tone during a highly unpredictable time.

There is, however, some clear-eyed logic to these decisions. Just beneath the surface, all brands are also businesses with bottom lines to protect.

Coke is a good example of a brand making a calculated budgeting decision based on the current reality.

With the usually-lucrative restaurant, sports venue and live events parts of its business literally getting shut down, Coke has been hit hard by the pandemic. As a result, Coke announced in December that it was cutting 17% of its workforce.

But there are other ways for brands to make their presence known during the big game. Pepsi, for example, Coke’s biggest rival, is also skipping the in-game ads, but it’s doing so in favor of sponsoring the halftime show.

Through a sponsorship of that nature, Pepsi can avoid the potential risks associated with getting its advertising message wrong, while still garnering the awareness-generating boost that comes from aligning itself with a fun experience. It’s a great game-day decision.

Other brands need to strike a different balancing act.

Normally, Super Bowl advertisers seek to associate their brand with the positive prevailing sentiment – “the mood” – of the public. Today, the risk of striking the wrong tone is much higher than usual and blowback for brands that fumble will be swift and painful.

In the best-case scenario, a well-executed Super Bowl spot can create a halo effect tied to watercooler talk, social media buzz and the broader PR coverage that generally results. But there’s always the chance for this halo to cut both ways, and many brands are being extra cautious about avoiding missteps.

With the risks outweighing the benefits, brands that sit on the sidelines this year can invest their budgets elsewhere. And looking at the math, this isn’t a bad idea. Advertisers pay a very big CPM premium to appear during the Super Bowl.

Last year, around 98 million people tuned into the game. Assuming a price tag of about $5 million for a 30-second spot, the CPM comes out to an eye-popping $50. Even if a brand decided to relocate its Super Bowl spend to a different national TV buy, it could expect to double or even triple its reach given CPMs in the $15 to $20 range.

Reallocating to digital alternatives would stretch those dollars even further with dramatically improved targeting options and reach, and far lower CPMs. Yes, the watercooler effect the Monday after the game will be missing, but the fact is nobody’s actually going to be at the watercooler this year.

Putting the pandemic aside, all of this raises the question, are Super Bowl ads even “worth it” for brands? The answer is: it depends.

In many cases, a brand whose products have broad appeal or that are consumed by a large portion of the population can use the spectacle of a Super Bowl ad to drive general brand awareness and favorability. In that case, a Super Bowl ad campaign offers a unique opportunity to capture a very large audience with the hope of extending that reach through the halo of chatter surrounding the big event.

But the picture is far less clear when it comes to the shorter-term revenue impact of such a big advertising investment. Splashy, one-off ads don’t have the same effect on revenue as do more persistent, longer-running campaigns.

There’s, of course, something to be said about the cachet that comes from advertising during the Super Bowl. But most brands that bank on a big payoff from their Super Bowl spot will likely be disappointed.